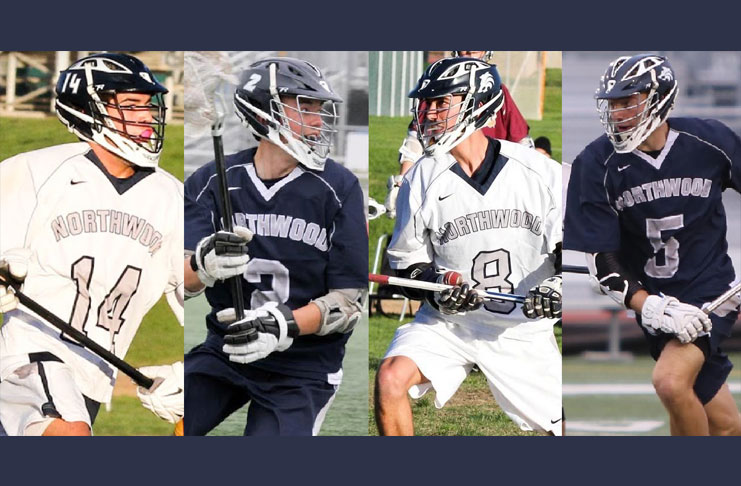 Led by captains Andrew Bauer (Senior/Mid), Michael Bellas (Senior/Att), Ben Langdon (Senior/Att), and Alex Aviles (Junior/Def), the Northwood Timberwolves are off to their best start in program history at 4-0.

After cruising to a season-opening 11-5 win over Tustin that started with a commanding 8-0 halftime lead, the T-Wolves used a strong second half in their home-opener against Esperanza to win 11-7. Northwood then traveled to Laguna Hills where they tallied a double-digit victory, 13-3.

The T-Wolves’ first big test of the season came at home on Monday against visiting Norco. After a back-and-forth start saw the teams tied 4-4 at halftime, Norco used a big third quarter and strong start to the fourth quarter to gain an 11-7 lead late in the game. Northwood refused to go away, however, tallying five goals in the fourth quarter, including three in the final two minutes all from different goal scorers — Bellas, senior midfielder Matt Sartanowicz, and senior attack Vincent Li — to force overtime.

Despite having multiple possessions in the extra frame, four overtime saves from T-Wolves senior goalie Samuel Lin held off the Cougars and gave the home team a chance on the other end. After a flag was thrown, Li’s second goal of the game on the ensuing man-up secured the 12-11 overtime victory for the home team.

Through the first four games, Northwood’s captains have all played big roles: Bauer leads the face-off crew with a 61% win rate and has added 2 Assists, Bellas leads the team in both scoring categories with 19 goals and 6 assists, Langdon has tallied 7 goals and 3 assists, and Aviles leads the defense with 6 caused turnovers and 18 ground balls as well as 4 goals of his own.

Northwood looks to improve their best start ever even further when they take on Dana Hills at home on Wednesday.