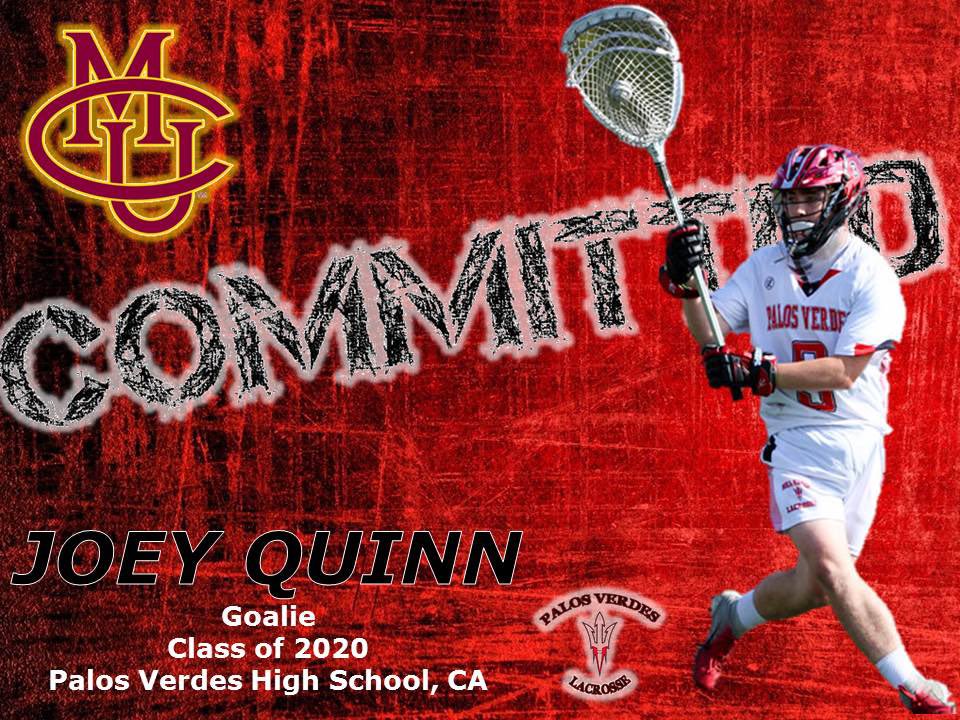 For Palos Verdes senior Joey Quinn, football came first. Then it was lacrosse. At least chronologically.

He started playing flag football in kindergarten, then moved to tackle football in third grade. In fourth grade, Jimmy Borell recruited him to play lacrosse.

Quinn said playing the two sports in tandem helped him get an offer and eventually commit to Colorado Mesa University, an NCAA Division II program in Grand Junction, Colorado.

“Since I play football, I’ve learned how to kind of run better, cut better and that makes me a more mobile goalie,” Quinn said. “I can go out of the cage or I can get ground balls and that was one of the reasons that they contacted me because along with saving I could also go out and get ground balls too.”

Throughout his recruiting process, Quinn competed with Legends West, coached by Scott and Ira Hochstadt as well as Los Angeles Heat, coached by Jimmy Borell and Mario Waibel. He also had goalie sessions with Mike Gvozden.

Quinn committed to Colorado Mesa in late July, but began looking at the school in early spring. He had few offers heading into his junior year, so he hit the winter tournament schedule hard. Colorado Mesa contacted him after a game and invited him to a prospect camp in February.

“When I visited the school, the coaches were really, really good to me,” he said. “The campus was really nice, I liked the players that were there. It was a really good environment for me.”

Quinn plans to major in business and is considering a minor in film, which has recently become a passion of his.

As his senior season approaches, Quinn, who was named captain this year, has his sights set on a CIF Southern Section title under new head coach Lane Jaffe.

“Especially being my senior year, that would be awesome,” he said. “Because every year we always tell the seniors before, we’re going to win this time, but to actually do it, that would be special.”