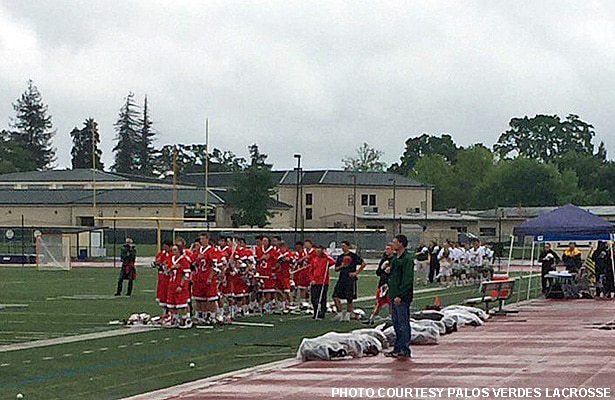 Top-ranked Palos Verdes won its ninth consecutive game Saturday, fourth in a row away from home and second on a spring-break trip to Northern California, defeating San Ramon Valley of Danville 13-3.

Saturday, though, the Sea Kings jumped on SRV early and never slowed down, turning a 4-0 lead after one quarter into 8-2 at halftime and 12-3 entering the fourth.

Thursday, Palos Verdes beat De La Salle of Concord 12-9. The Spartans were ranked No. 5 in Week 5 of the Under Armour/Inside Lacrosse Regional Experts Poll. The nine goals for DLS marked the only time in the last nine games an opponent has scored more than six against PV.

Jongewaard made only six saves Saturday, benefitting from lock-down defense from Jones, Shane Sharp and Matt Nagy, along with defensive midfield play from Kyle McBride, Josh Park and Neil Randall. The six combined for seven caused turnovers and 14 ground balls. Colin Fitt went 9-for-16 on face-offs.

The Sea Kings begin Bay League play Tuesday at Redondo Union, then play one more nonleague game Thursday, and it’s a big one — at Orange County No. 2 Foothill, which is 11-3 and coming off a win Friday night at West No. 3 St. Ignatius. The Knights also beat De La Salle 8-6 on their spring-break trip.