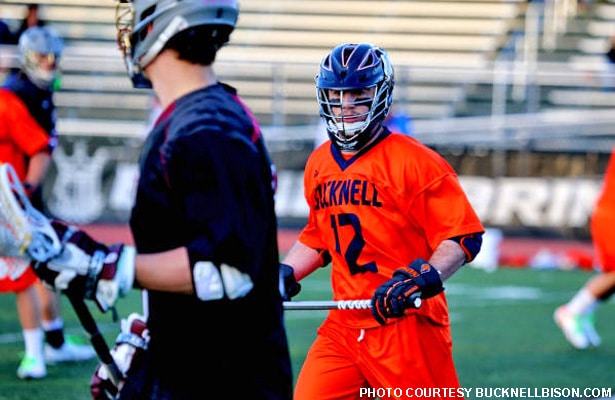 Senior midfielder Zach Henkhaus of Palos Verdes has been named one of four co-captains of the lacrosse team at Bucknell University for the 2016 season.

Listed at 5-foot-8 and 177 pounds, Henkhaus has been a key member of the Bison defensive unit as a midfielder and faceoff wing. As a junior, he appeared in all 15 games and recorded 11 ground balls and five caused-turnovers. He had 20 ground balls and eight CTOs as a sophomore in 2014.

Henkhaus was a member of the Sea Kings’ US Lacrosse Southern Section North title team in 2012. His brother, Peter, is a senior midfielder at Palos Verdes who is committed to Marquette.