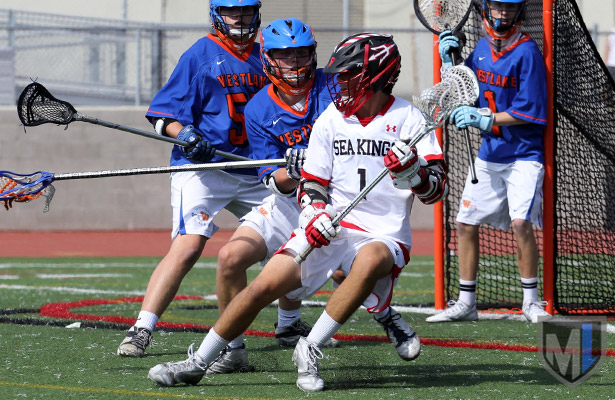 Palos Verdes junior attack Austin Lowi committed to play lacrosse at NCAA Division I Jacksonville on Tuesday, becoming the sixth member of the current Sea Kings squad to commit. He is the first from the Class of 2017, though.

“Austin is just an unbelievably hard worker,” Palos Verdes coach Jimmy Borell said. “He’s very unselfish and extremely tough — started as a freshman and sophomore for me and never missed a game.”

Lowi tallied 39 points on 15 goals and 24 assists as a freshman, then followed that with 47 points last spring on 28 goals and 19 assists. But his toughness doesn’t end on the field.

“He won our Iron Sea King award for the hardest worker in the weight room,” Borell said, “He’s the first attackman to ever win that!”