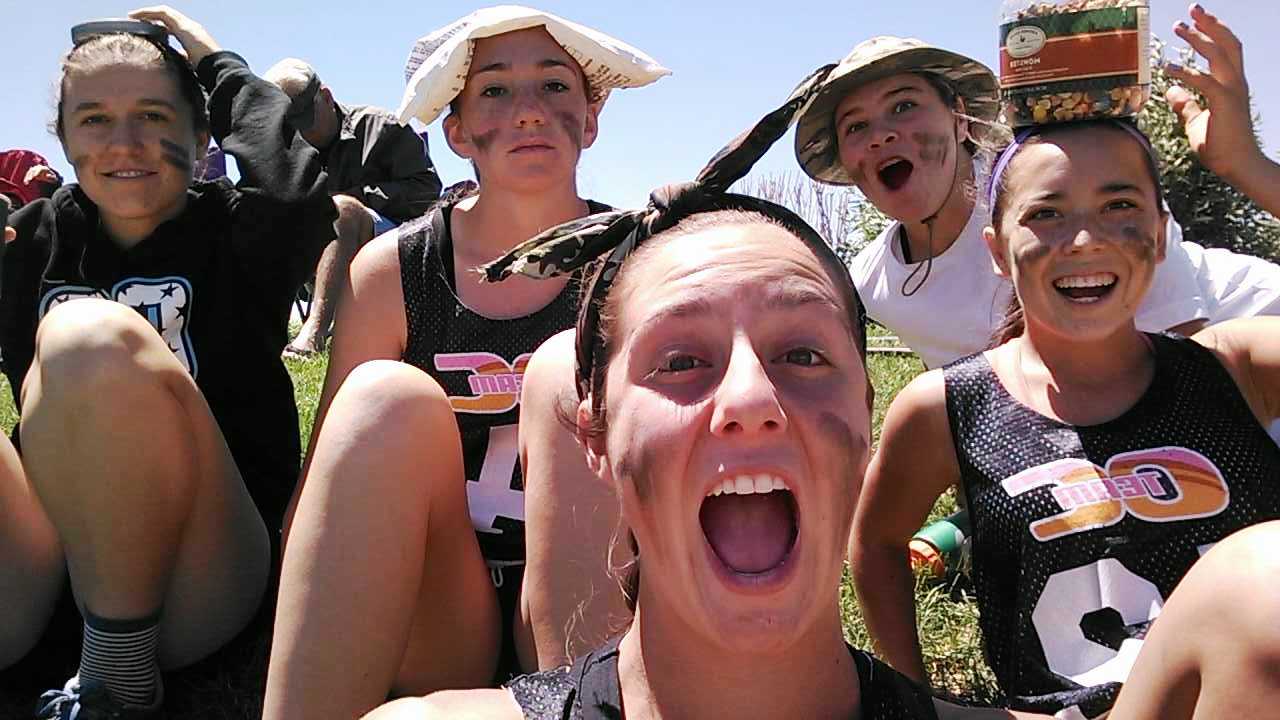 At one of the country’s top recruiting showcase tournaments, Orange County lady laxers competed (sometimes against each other) for recognition, reputation, and the respect of the national lacrosse community.

The Xteam is a band of the most talented players across the country.  Liz “LC” Connelly is a familiar OC face who coaches with Xteam.  On XTeam’s 2015 squad are goalie Claire Duchene from Beckman, midfielder Shea O’Donnell from Beckman, and defender Dom Loney from Los Alamitos.  Fierce rivals during the high school season, the three ladies band together during the summer when they become elite local representatives who travel with Xteam to recruiting events nationwide.  At the Western Cup, Xteam 2015 achieved one win out of four games.

Victory Lacrosse was led by local legend and coach Jacky Craycraft.  Coach Craycraft, a 2010 grad from El Toro High School who just completed a stellar career at the University of Redlands with All SCIAC First Team honors,  expressed excitement and anticipation for the tournament trip: “It’ll be interesting to see how these south county girls match up with players around the west coast.”  The Victory girls were able to hold their own, though they scored a 0-4-1 record at the tournament.

Spring 2014 Southern Section semifinalist and Capistrano Valley Captain Allie Butler mentioned team chemistry as a main challenge for her Team OC 2015 squad at the Western Cup. “Our connection as a team wasn’t there and we weren’t working together on defense,” she said.  The observation explains how opponents like Team 180 2015 from Colorado were able to rack up double-digit scores against them.  Although the 2015 team came away with no wins from the weekend, consolation is found elsewhere.

“I loved the atmosphere and bonding with the girls on my team.  They are all such wonderful people and playing with them was really fun,” said Team OC 2015 and El Toro center Emily Lackey.

“I especially liked just being on the field and playing with my best friends,” Butler added.

One year below Lackey, Butler, and their teammates is Team OC’s 2016 crew.  They are coached by Brian Eisenberg and Matt Armstrong.  Armstrong was not in Denver for the tournament, but Eisenberg was there to witness the team struggle against the most competitive teams in the nation.  Like the 2015 team, the 2016 girls could not achieve any wins, and unfortunately scored low against teams from Illinois and Massachusetts.

“We played what may have been the top four teams in our bracket.  It was a learning experience.  As to my knowledge, this was the first time a team strictly from OC competed in one-year graduating classes, which is a huge step,” said Eisenberg, referring to Team OC’s new roster divisions among high school graduation year.

Coach Dave Elkins led Team OC’s 2017 team against clubs from Minnesota and Colorado.  “We had a very tough pool and started with Team 180 (Colorado) where we held them to 5-3 (them) in the first half and then ended up losing 15-5,” said Elkins.  On the bright side: “We got better each half for the most part,” said Elkins, “The girls got better each half but needed more time to put it all together and build the trust and understanding they need to battle through the tough opponents.  If they stay together through the summer and return together during the fall, the team should be able to rise to the next level and meet their, and my, expectations.”

One of the 2017 Team OC opponents at the Western Cup were the San Diego Pacific Falcons.  Although she did not play with the 2017 team that faced off against Elkins, Maryn Macha was there sporting a Pacific Falcon jersey.  Macha captains the Diablo team at Mission Viejo during the school year and practices with the Falcons during off-season.  She is the only Orange County player with the San Diego team.  She was also one of the few OC locals whose Western Cup record included some favorable scores.

The 2016 Pacific Falcons played in the tournament’s highest bracket, the Elite/ AAAAA Division. They played against Xteam, West Coast Starz, Colorado, and Illinois teams in their grad year.  “We did pretty well,” said Macha, “considering we were in the highest bracket.  We lost two, and won two.”

Also boasting a pretty record was the West Coast Starz 2015 team, with whom surprise goalie and field player Sydney Brewer had the pleasure to play.  Brewer recently finished her first season as a goalie with the El Toro Chargers’ junior varsity team.  She is currently a senior, and now has a perfect 4-0 Western Cup tournament record under her belt, all before ever reaching the Varsity level of her lacrosse career.  As a wild card backup player for the Starz, Brewer was surprised to earn some playing time in the Western Cup.  It could have been because the undefeated team played with no subs.

Humbly, Brewer says, “It was obvious that I was the worst on the team… but they said I was doing well keeping up with them since I wasn’t used to playing on their level.  The main thing I got out of the weekend is that being tired is a mental thing during a game. If we tell ourselves that we are not tired, and focus mainly on playing lacrosse, it is easier to stay focused on the game rather than our aches, pains, and soreness. With having no subs and three games in one day, it was hard to keep up with the intensity of the plays (especially after like, 2 months of no lacrosse), so I had to keep telling myself I was not tired in order to continue playing. And it kind of worked, I guess.”

Though Orange County talent may be spread out among several different clubs that travel both near and far, all OC players and teams and coaches would benefit to unite under Brewer’s words.  The tournament weekend put Orange County out there for a nation to see, and it is something we can all be proud of, together.

Thanks to Western Cup players, parents, and coaches for contributing quotes and photos.  Tune in to @MaxLaxOCGirls on Twitter for more pictures and updates from the tournament.