Preview: No. 15 Village Christian at No. 2 Palos Verdes 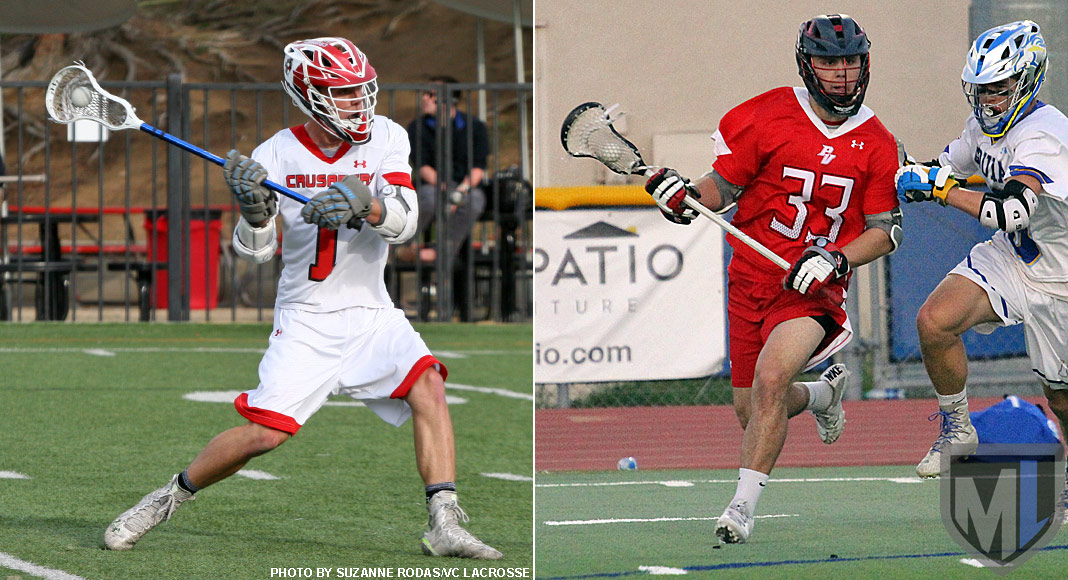 Palos Verdes finished the season on a 10-game winning streak and the Bay League championship, earning the No. 2 seed in the US Lacrosse postseason tournament. Village Christian also finished with 10 consecutive wins, rising as high as No. 12 in the coaches poll and earning the No. 15 seed. The teams meet Tuesday (3 p.m.) in a first-round game at Palos Verdes.

No. 2 Palos Verdes Sea Kings (16-3)
After a bit of a slow start that included an eye-opening 5-3 loss at home to Oaks Christian and an 8-7 overtime loss at Loyola, the Sea Kings found their stride and won 14 of their remaining 15 games, with the only loss a 9-5 decision at San Diego power La Costa Canyon. Among the wins were victories over Orange County powers St. Margaret’s and Foothill and LA Top 10 teams Harvard Westlake, Agoura, Westlake and Oak Park.

The Sea Kings have reached the LA title game in each of the last eight seasons, but they haven’t won the LA title since 2015. If they are to do it this year, they will do so leaning on a defense that is allowing fewer than five goals per game. Goalie Kyle McCann anchors a defensive unit that features a five-man pole rotation of Kyle McBride (St. John’s), Hart Swan (Denison), Josh Park, Neil Randall and Brandon Clark.

Face-off middies Colin Fitt, a senior, and Cole Clinton ensure the Sea Kings have plenty of offensive opportunities, and midfielders Beau Sabosky, Jake Nolls and Michael Nagy, along with attacks Gage Rowland, Birk Swan and Bradley Sharp all can convert.

No. 15 Village Christian Crusaders (12-2)
It took until Week 4 for the Crusaders, in only their second season of CIF play, to get the attention of the LA lacrosse community. That’s when Village handled Sierra Canyon 17-7 to improve to 6-2 and earn entry into the Top 20 coaches poll. Six more wins without a loss followed, earning the Crusaders a spot in the championship tournament.

Defensively, Village relies on junior goalie Jacob Zinder (.661 save percentage) to anchor a unit that allows fewer than seven goals per game, thanks in large measure to the Crusaders’ edge in time of possession.

While Village did face Crespi in its opening game of the season, losing 10-7, the Crusaders didn’t play any other teams ranked in the Top 10 of the coaches poll. They lost to St. John Bosco and beat Sierra Canyon, West Ranch and Valencia, giving them a 3-2 record against Top 20 teams. It remains to be seen how they’ll fare against a program with the depth and talent of Palos Verdes.