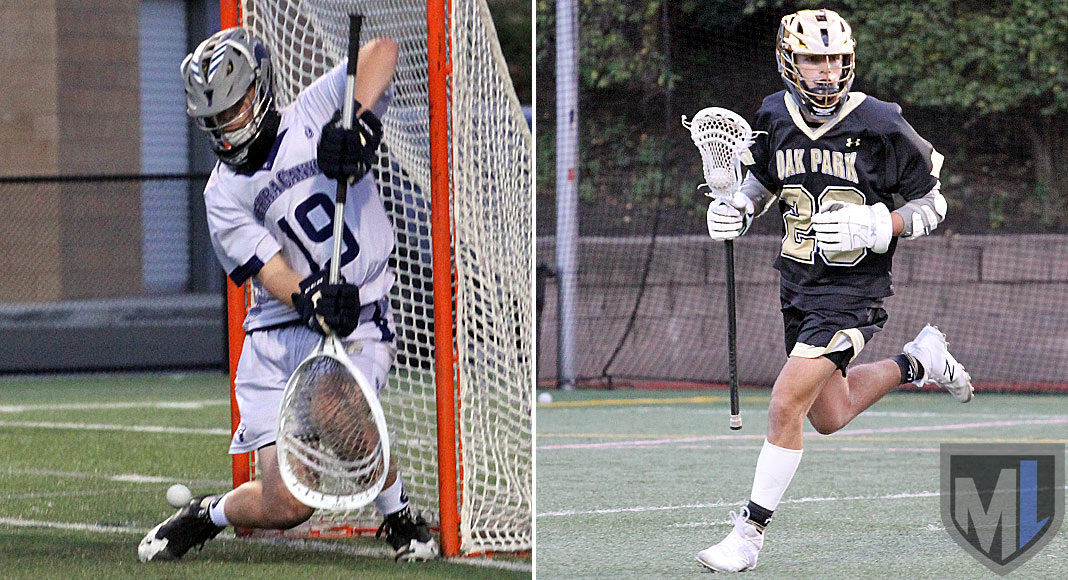 Sixth-seeded Oak Park will play host to No. 11-seed Sierra Canyon in the first round of the US Lacrosse postseason tournament Tuesday (7:30 p.m.) in a rematch of a regular-season game. The Eagles beat the Trailblazers 12-8 on April 10.

No. 6 Oak Park Eagles (11-6)
After injuries and a tough early season schedule left Oak Park sitting at 3-4, the Eagles found their stride and rattled off seven victories in a row, culminating in a win over Sierra Canyon. Losses to Palos Verdes and Thousand Oaks followed, though, and Oak Park enters the playoffs with a 6-5 record against other championship-bracket teams.

The Eagles are experienced and athletic on defense, with seniors Nate Holguin, Casey Hoops, Jordan Broussard and junior Alistair Ong playing in front of junior goalie Connor Kaminsky. Oak Park has allowed double-digit scoring only five times this season and also has held teams to five or fewer five times.

Offensively, the Eagles are led by senior middie Bryce Hardy, junior attack Tyler Bradbury and senior attack Adam Julius, who missed some time to injury early in the season. Against Sierra Canyon the first time around, Bradbury led Oak Park with three goals and two assists, and Julius scored three and Hardy two.

No. 11 Sierra Canyon Trailblazers (9-5)
Sierra Canyon’s earlier loss to Oak Park came in the middle of a four-game losing streak against teams that went on to make the 16-team championship bracket. In all, the Trailblazers went 2-6 against tournament teams. But they finished with three consecutive wins, beating Santa Monica and Palisades, and hope to carry that momentum into the tournament.

Offensively, the Trailblazers have Division I weapons in senior Matt Chopp (St. John’s) and junior Mac MacLean (Bucknell). Junior transfer Isaiah Cree became eligible April 1 and has given Sierra Canyon a third option as a strong inside finisher.

Defensively, the Trailblazers lean heavily on senior goalie Trevor Clark, a four-year starter who will play at MCLA Colorado next year. Sierra has allowed 8.4 goals per game, a number that would be much higher if not for Clark, who made 20 saves against Oak Park in their first meeting. Clark also had 20 saves in an early season win at West Ranch, 19 against Santa Monica and 21 in an overtime win over Palisades.