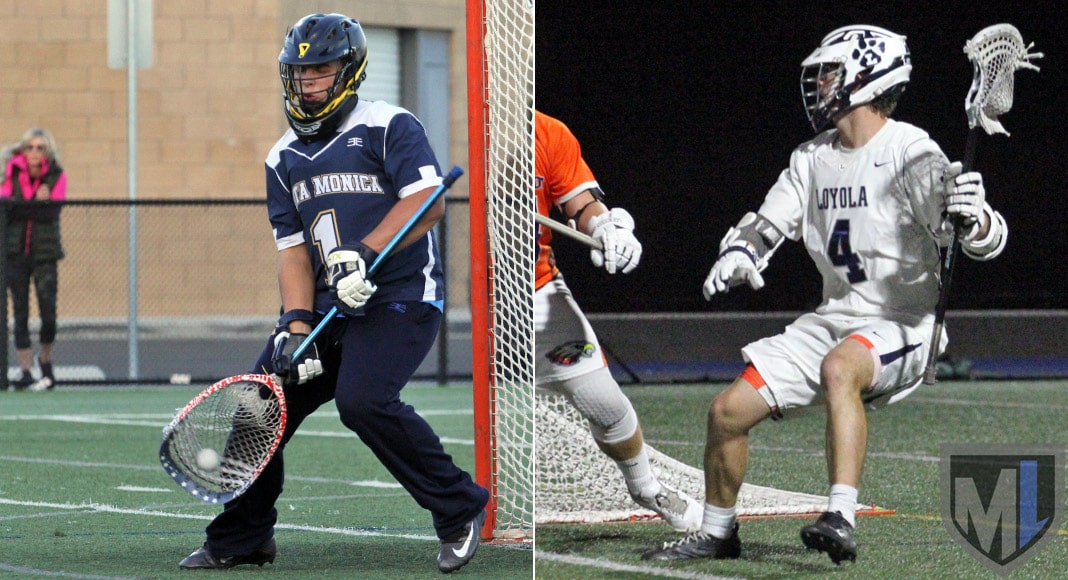 Two-time defending section champion Loyola (16-4) earned the No. 1 seed in the US Lacrosse LA Postseason Tournament by running the table against Los Angeles teams this season. The Cubs will play host to Ocean League champion Santa Monica (11-7) in the first round of the 16-team tournament Tuesday (6:30 p.m.).

No. 1 Loyola Cubs (16-4)
The Cubs are probably the deepest and most talented team in LA and haven’t lost to an LA team since Palos Verdes beat them in April 2017. The Sea Kings almost did it again March 10, taking Loyola to overtime, but the Cubs pulled out the win. Others have challenged the Cubs — Oaks Christian led 6-3 at halftime but lost 9-8, Harvard Westlake was even at 7-7 entering the fourth quarter before Loyola won 9-7 and Chaminade was within 4-3 at halftime before Loyola pulled away to win 9-4 — but no one has been able to topple the defending champs.

Allowing teams to stay close early then pulling away down the stretch became something of a trademark. The roster is so deep and talented — and backed by a stellar defense and elite face-off middie — it could afford to be a little sloppy and make a few mistakes. But the Cubs appeared to clean everything up in the Mission League final against third-seeded Harvard Westlake, holding the Wolverines scoreless until late in the third quarter of a 14-2 victory.

“I like our chances a lot,” Loyola coach Seth Cohen said after that win. “We’re starting to click, and we had couple games towards the end where we got some W’s but we weren’t feeling like we were playing our best ball. However, tonight I think we really put it together, and I think it’s a real good way to end going into playoffs.”

With senior Aidan Hesse at the dot and junior Will Parducci in cage, the Cubs rarely come up short on possession time. That puts the ball in the hands of a long list of offensive threats — brothers Speed Fry and Kaiser Fry, Henry Hasenberg, Wes Priestly, Matt Garvey, Alex Horowitz and many more.

No. 16 Santa Monica Vikings (11-7)
Santa Monica lost three of its first four while dealing with some early season roster issues, then pulled it together and went on an eight-game winning streak. That was followed by three losses in a row, though, nearly dropping the Vikings out of the championship tournament.

With a strong face-off middie in Spencer Wynn and an excellent goalie rotation of junior Tyson Zecher and freshman Evan Minor, SaMo has the ability to gain possession for its offense and stop opponents on defense. Both will be tested against Loyola.

Offensively, the Vikings shoot often and shoot hard. Midfielders Griffin James and Simba Makawa have the ability to get their hands free and rip it, but whether they can do that against Loyola’s zone defense remains to be seen. Senior Armando Jiminez is a crafty finisher in the crease, but again, getting inside against Loyola’s zone will be a challenge.