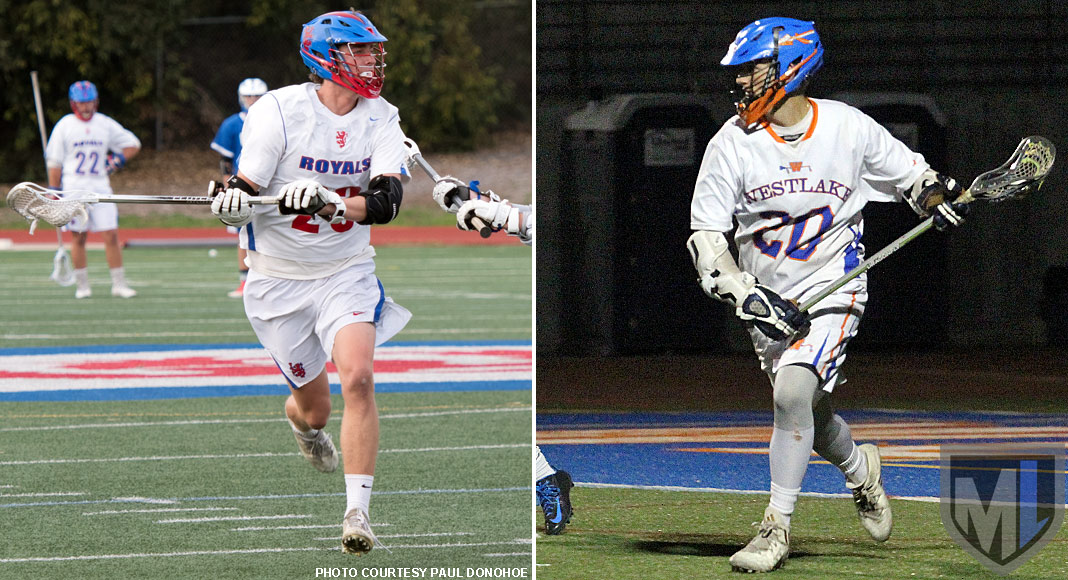 The eighth-seeded Westlake Warriors will play host to No. 9 seed San Marcos on Tuesday (7 p.m.) in the first round of the US Lacrosse postseason championship tournament.

No. 8 Westlake Warriors (13-5)
High-flying Westlake averaged 16 goals per game this season and scored 20-plus five times. The problem for the Warriors is they also give up a lot of goals, allowing 9.5 per game overall. The team is 10-0 when holding an opponent under 10 goals but 3-5 when allowing 10 or more.

No. 9 San Marcos Royals (13-2)
Last year, in its fourth season of CIF lacrosse, San Marcos burst onto the scene with a 12-2 regular-season record and went on to reach the title game of the US Lacrosse Postseason Invitational tournament, where the Royals lost to Mira Costa to finish 14-3 overall.

This year, they matched last year’s regular-season performance, despite playing a tougher schedule, and earned a spot in the championship bracket.

To have a chance against high-scoring Westlake, San Marcos will need to lean on its defense, which has not allowed double-digit scoring since a season-opening 12-6 loss to Oaks Christian. Senior Kai Sanvictores leads a group that includes Isaac Briner, Dawson Dewan, Jonathan Oh and Ben Nowak. They have played this season in front of goalies Josh Glasman, a sophomore, and Ryan Lehman, a junior.