Preview: No. 13 Palisades at No. 4 Chaminade 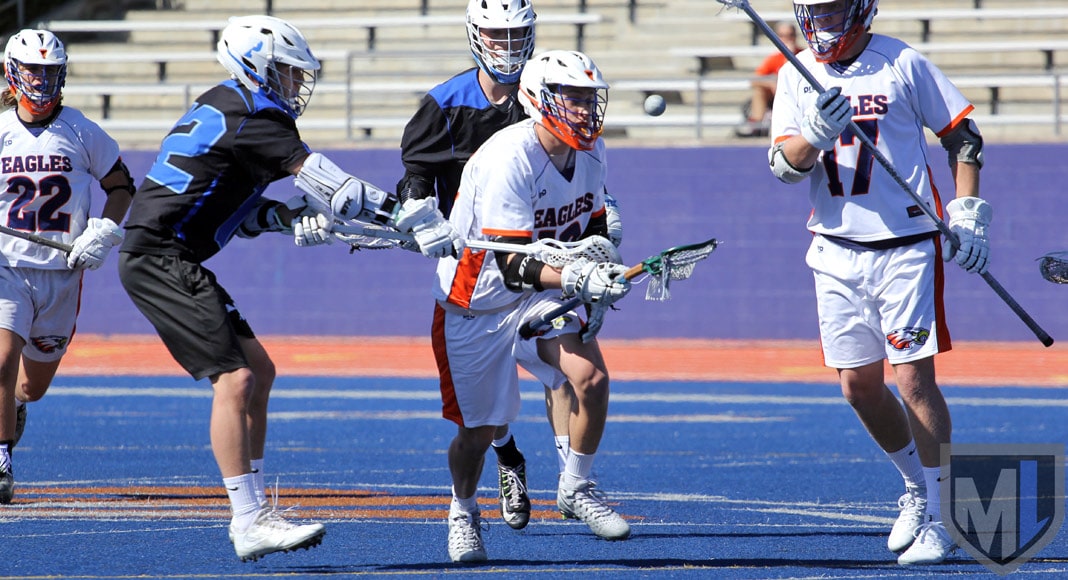 No. 13 Palisades won the City Section championship on Saturday and now prepares for a Tuesday rematch at No. 4 Chaminade in the first round of the US Lacrosse LA Postseason Tournament. Game time is 6 p.m.

No. 4 Chaminade Eagles (10-4)
Twice this season Chaminade came within a minute of knocking off Harvard Westlake in the Mission League, once in the regular season and again in the semifinals of the league tournament. Both games, however, demonstrated the Eagles’ biggest weakness this season — consistency over four quarters.

In their first meeting at Harvard Westlake, the Eagles fell behind 6-1 at halftime before playing a brilliant second half forging an 8-7 lead late in the fourth quarter. But the Wolverines tied it in the final minute and won 9-8 in overtime. Last week, Chaminade was in control through three quarters, leading 9-6 heading to the final 12 minutes. But the Wolverines outscored the Eagles 5-1 in the fourth quarter, scoring twice in the final 60 seconds to pull out an 11-10 victory.

That inconsistency has marked what otherwise has been the best season Chaminade has seen since winning the Mission League title in 2010.

Chaminade’s hallmark is its defense, an active zone that denies both penetration and outside shots, slowing the game down and forcing teams to be patient and control the ball on the perimeter for long stretches. Junior goalie Nick Carney anchors the defense in cage. The Eagles allow only 6.3 goals per game. When Harvard Westlake scored 11 against them last week, it was the first time all season they had allowed double figures.

No. 13 Palisades Dolphins (11-7)
The Dolphins struggled against ranked teams this season, posting a 3-7 record against teams in the Top 20 coaches poll, including a 15-8 loss at Chaminade in February. But Palisades has enough weapons that it can be a dangerous matchup for a team prone to having a bad quarter or two in key games.

Senior Aidan Caso has scored 100 points this season, breaking the Palisades school record. And he has plenty of hep in the offensive end from his brother, sophomore Alessandro Caso, and senior Macchio Rissone and junior Jack O’Rourke. Sophomore face-off middie Milo Sherman is effective at ensuring his offensive players have opportunities.

The Dolphins lost 14-10 to Newbury Park, 12-10 to Oak Park and 12-11 in overtime to Sierra Canyon, so they are no strangers to tight, late-season games against ranked opponents.