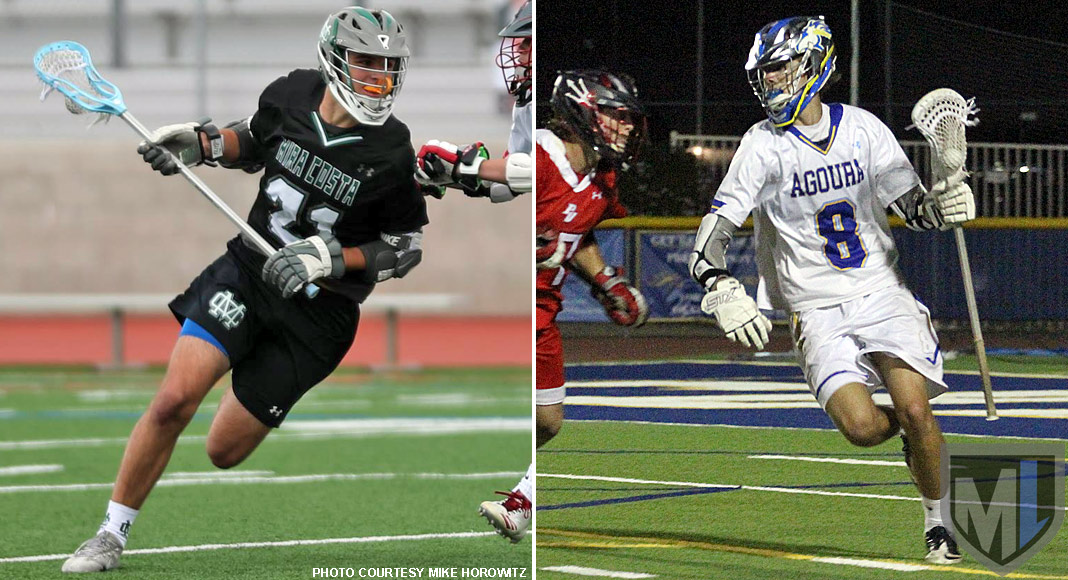 Fifth-seeded Agoura will play host to No. 12-seed Mira Costa in the first round of the US Lacrosse postseason tournament on Tuesday (7 p.m.) in the first meeting between the programs since 2011.

No. 5 Agoura Chargers (13-5)
After losing to Oak Park on April 3, Agoura was 7-5. While the Chargers had Top 10 wins over Westlake and Crespi, they also had losses to five other Top 10 teams. Since then, Agoura rattled off six wins in a row to clinch the program’s first Marmonte League championship and now hopes to carry that momentum into the playoffs.

Agoura has leaned heavily on its defense this season, anchored by junior goalie Zach Tripp and spearheaded by senior LSM Cooper Isaacs and junior close defender Sebastian Bernt. The Chargers have allowed only two teams to score in double figures against them and only one other to even reach nine goals.

Agoura has scored in double digits in six of its last seven games and 11 of 18 overall. Sophomores Douglas McCarthy and Bo Conrad and junior Gage Garrison lead the attack, while senior George Galer, junior Tyler Whitney and sophomore Kai Rasmussen lead the midfield. Juniors Jaxson Spar and Ben Tene have been splitting face-off duties with senior Spencer Foreman out all season.

No. 12 Mira Costa Mustangs (10-5)
Mira Costa was runner-up in the Bay League and returns to the championship tournament after winning the Postseason Invitational a year ago. The Mustangs went 4-5 against teams ranked in the coaches poll Top 20 but 0-3 against teams in the top 10 — including two losses to Bay champion Palos Verdes.

Attackmen Connor Barnes and Josh Maruyama lead the Mira Costa offense down low, while Zach Horowitz and Max Geoghegan carry most of the scoring load in the midfield. Sophomore defender Cole Garvey does a bit of everything for the Mustangs.