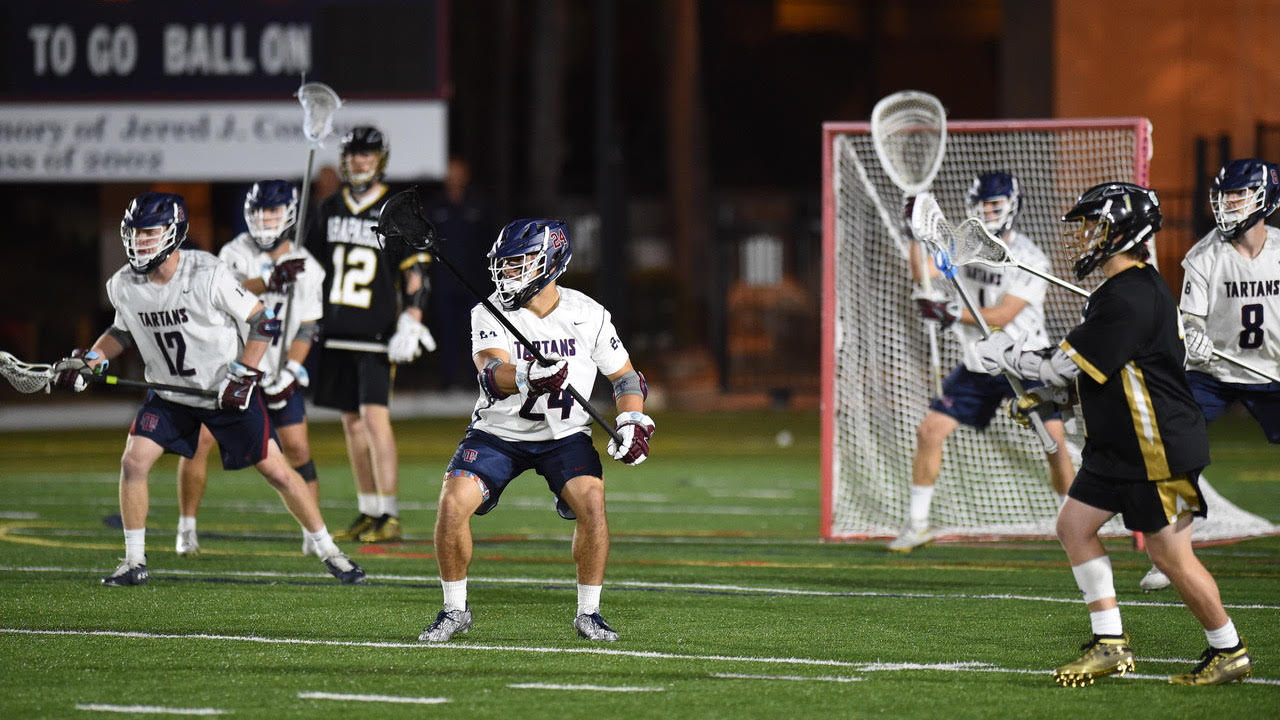 Groeninger scored on the first possession of the game, and even the fastest Twitter fingers could not keep up with the scoring pace as the Tartans jumped out to a 3-0 lead to force an Arapahoe time 42 seconds into the game.

Arapahoe settled down after the timeout and drew as close as 3-2, but the Tartans responded quickly and led 6-2 at the end of Q1.  The rest of the game followed a similar  pattern with Arapahoe occasionally pulling close but never really threatening the Tartans.

Nico Vorzimer,  Cooper Barkate, and Koa Todd chipped in two goals each while Nate Sanchez (1g, 2a), Stephen Deck1, and John Culley added one apiece for the Tartans.

Zane Handy had 8 saves for Tartans.

The Tartans (6-1) hit the road for the next couple weeks with a trip to Poway on Friday and then up to the Bay Area for games against St. Ignatius and Bellarmine next week.