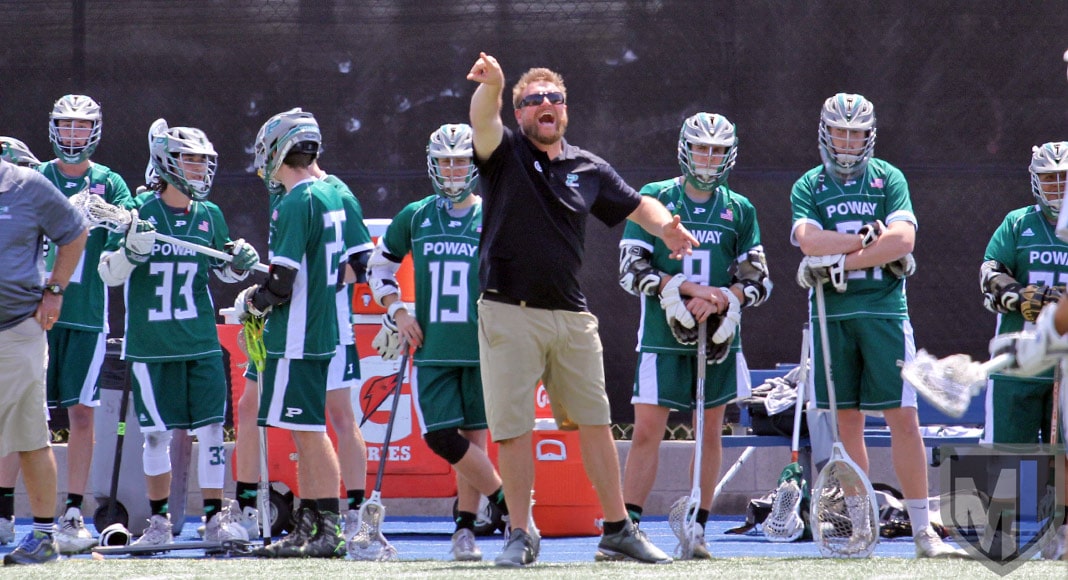 After leading the Poway High School boys’ lacrosse program to the most successful six-year run in program history,  Zack Burke is stepping down as Poway’s head coach.  Burke will take over as the head lacrosse coach for Westlake High School in Austin, TX for the 2019 spring season.

Burke engineered Poway’s rise to perennial powerhouse status in the San Diego CIF Section.  The Titans won the 2015 and 2016 CIF Open Division Championships in 2015 and 2016, reached the Final Four in each of the last four seasons and posted a 91-38 record during Burke’s tenure.    Burke was voted CIF Coach of the Year after both championship seasons. Poway also became one of the top lacrosse programs in the West under Burke’s guidance, twice achieving Top-10 status in the west region polls.

Burke’s lacrosse contributions in Southern California have also included the creation and development of the 3D San Diego club lacrosse program, which has provided national tournament opportunities for hundreds of young lacrosse players across Southern California through a unique box-field hybrid teaching approach.  Burke’s success in this arena culminated with the first ever east coast tournament championship for a 3D San Diego program when his 2019 team won the “FLG in 3D” tournament in Boyd’s, MD this past summer.

Perhaps Burke’s most significant legacy has been his role in teaching young players how to compete at a high level, helping many of them to get recruited to play lacrosse in college.  Burke has assisted in the recruitment process of over 50 players in the San Diego area, including more than a dozen at the Division 1 level.

Among Burke’s most successful Poway graduates are Jake O’Donnell, who was a two-year captain at Drexel University; Thomas Crabtree, who played for Army at West Point, and Ryan Sharpe, Jake Fiske, and Nick Beeson, who have all gone onto success at Bryant University.

Prior to coming to Poway, Burke was the head coach at Archbishop Spalding in Baltimore, MD, where he was voted the 2008 Baltimore Sun’s Coach of the Year.

Burke plans to relocate his family to the Austin area in the October timeframe.