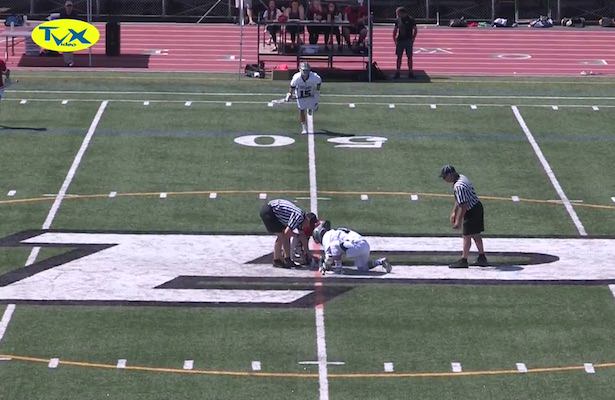 Poway gave up a quick goal to visiting San Clemente on Saturday but recovered quickly and pulled away for a 14-5 lead. Matt Keaney scored off the opening faceoff to give the Tritons a short-lived 1-0 lead 10 seconds into the game. Unanswered goals from Jake Landon, Bailey McLaughlin, and Owen Springett in the next six minutes gave Poway a lead they would never relinquish. The Titans opened up a 6-3 halftime lead and then pulled away in the second half for the 14-5 win.