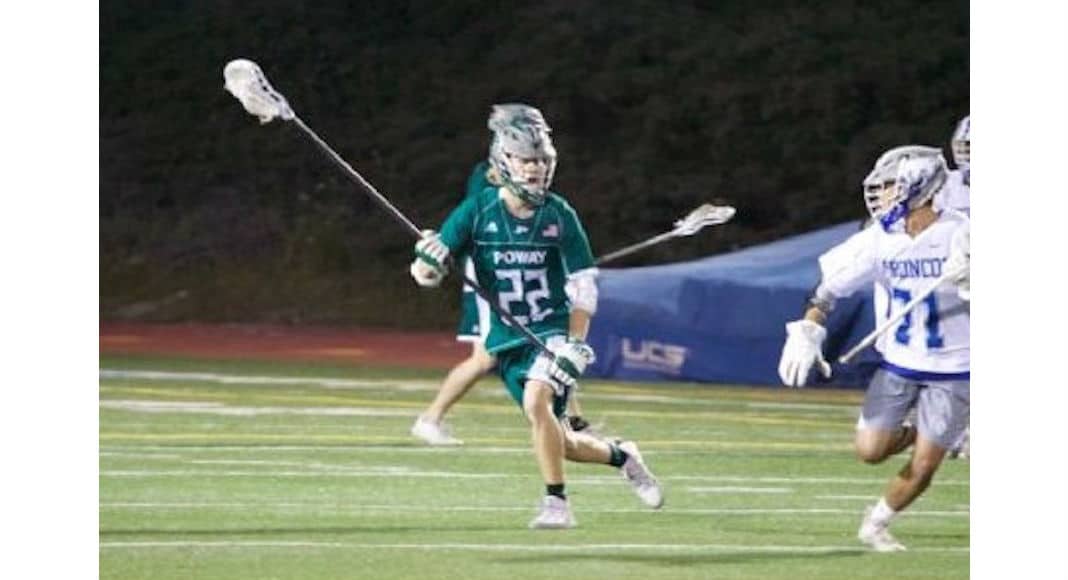 The Poway Titans advanced to their fourth Open Division Final Four in as many years by defeating a scrappy San Marcos team 11-5 Friday night in a game that was closer than the final score indicated. Poway will play top-seeded Torrey Pines next in the San Diego CIF Semifinal on Wednesday.

Poway struggled to gain possession at the faceoff X and struggled to score early against the San Marcos zone defense and after one half held only a 4-3 lead.

In the second half, the Titan defense and faceoff game stepped up. Titan senior defenseman Camden Gallagher had perhaps his strongest game of the season, harassing San Marcos shooters and single-handedly accounting for three caused turnovers and five ground balls on the night. Long stick defender Cole Westbrook gave the Titans some key possessions from the faceoff X in the second half and even added a fastbreak goal in the third quarter.

Offensively, the Titans adjusted to the zone in the second half by getting goals from the crease and back-cutting midfielders. Poway freshman attackman Nolan Graalman played his best game of the season and owned the middle, netting three goals and adding an assist. Sophomore Marquez White (Syracuse) continued his strong play over the last several games with a hat trick of his own, and seniors Kienan Morrissey (Nevada) and Jack Estepp helped feed the Titan attack with five assists between them. Lefty attackman Harrison Greaves also scored two for the Titans, and Morrissey and Eli Butler (Wagner) added one more each.

For the Knights, junior midfielders Luca Lietti and Mason Manimtim provided the first half firepower, with Lietti garnering two goals and an assist, and Manimtim getting one of each. However, their offense was shut down by the Titans in the 2nd half, and the Knights had to settle for only two more goals in transition from Kai Moy and Bailey Ensor. San Marcos ends the season at 16-5 and will continue to be a team worth watching in future years.