Poway Holds Off Bishops for 15-7 Win 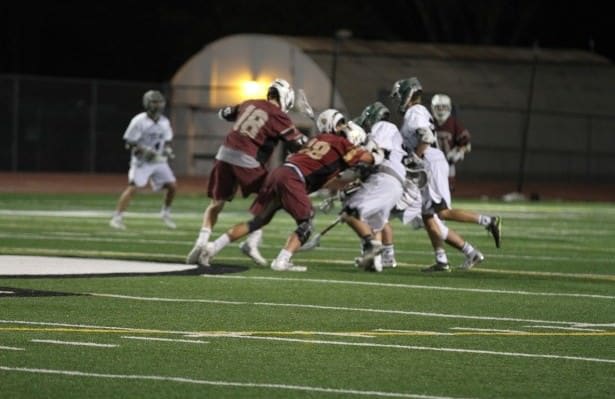 The Bishops Knights met the Poway Titans on the Titans turf last night.  Starting out as a tense battle between two potent offenses, in the 2nd half the momentum shifted  in Poway’s favor resulting in a 15-7 Poway victory. 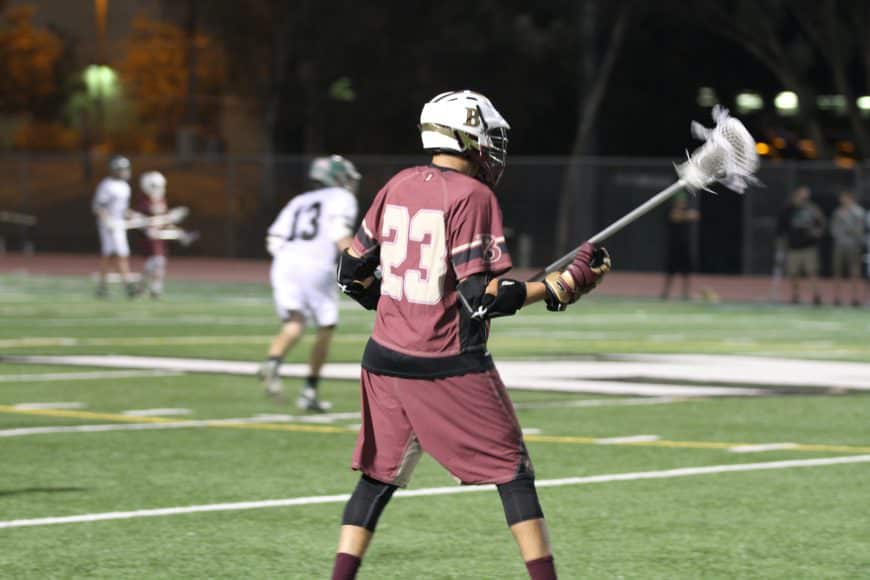 Led off by a transition goal from Zach Hodge (Cleveland), Poway scored 3 quick goals within the first 5 minutes. The score  at 3-0, Isaiah Dawson (Ivy) won a ground ball out off the face-off scru

m, and pushed upfield to initiate a a 3 pass sequence ending with a feed from Cal Costa (Ohio) to Ryan Hastings (Duke) on the crease, who threw a quick fake before placing the ball squarely in the back of the net, 3-1.  Efforts from Hastings, and Ford on offense with aggressive play from Sahil Sheth and Jonathan Ford on defense resulted in the games first tie 3-3.  Poway quickly responded with an unassisted goal by Nicholas Beeson (Bryant.)  Exiting the 1st period the Titans led 5-3.

A tense battle continued in the 2nd period. The Knights’ Jack Racer scored off of an assist from from Ford to bring the score to 4-5.  Later penalties put Poway 2 men down and led to a Costa to Racer  goal and a 5-5 tie.  Goals by the Titans’ Jack Landon and the Knights Hastings brought the score to 6-6 going into halftime.

In the 2nd half of the game, goals from Landon and Costa brought the again tied the game at 7-7.  Kobe Brown broke the tie by pushing through Bishops defense and attacking the cage for an unassisted goal.  After Bishops’ last goal early in the 3rd period struggles at the X, and repeated turnovers prevented them from stopping Poway’s impressive 8 goal run. Poway’s offense showed on the boards but the defense proved they are not to be taken lightly.  The game finished 15-7 with a Titan victory. 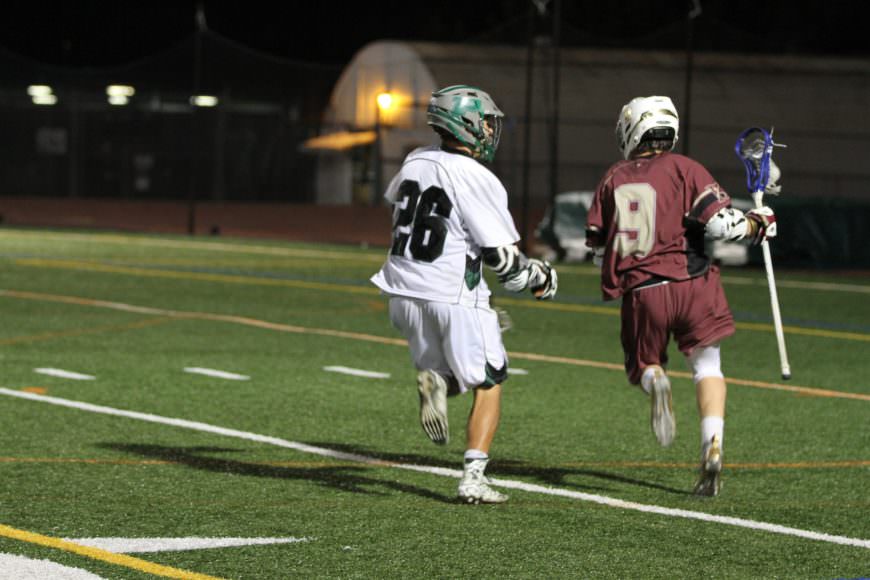