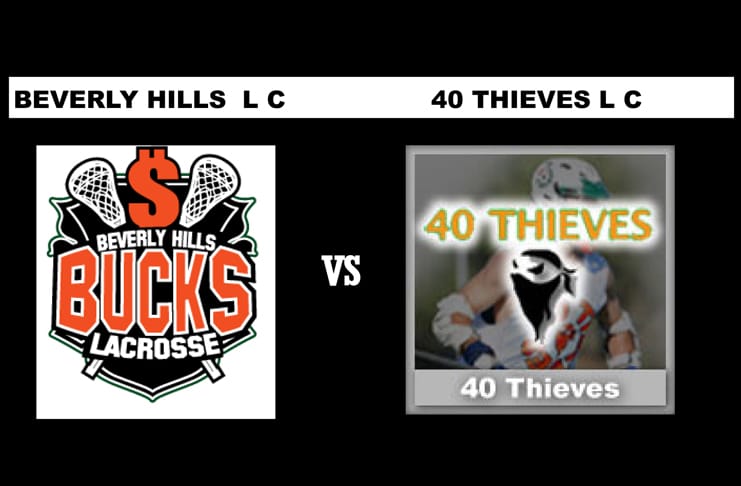 The teams did not face each other in inter-divisional play this season. In 2015, they met for the league championship, with Beverly Hills posting a narrow 11-10 victory.

This year, Beverly Hills went 9-1 in the regular season, losing only to Newport Beach in a five-overtime marathon. After a first-round playoff bye, the Bucks defeated Newport in overtime to reach the championship game.

The 40 Thieves went 8-2 in the regular season, losing twice to Quiksilver but still earning the first-round bye due to Quiksilver’s losses to San Diego LC (twice) and Beverly Hills. The Thieves then beat San Diego LC in the South Division title game. 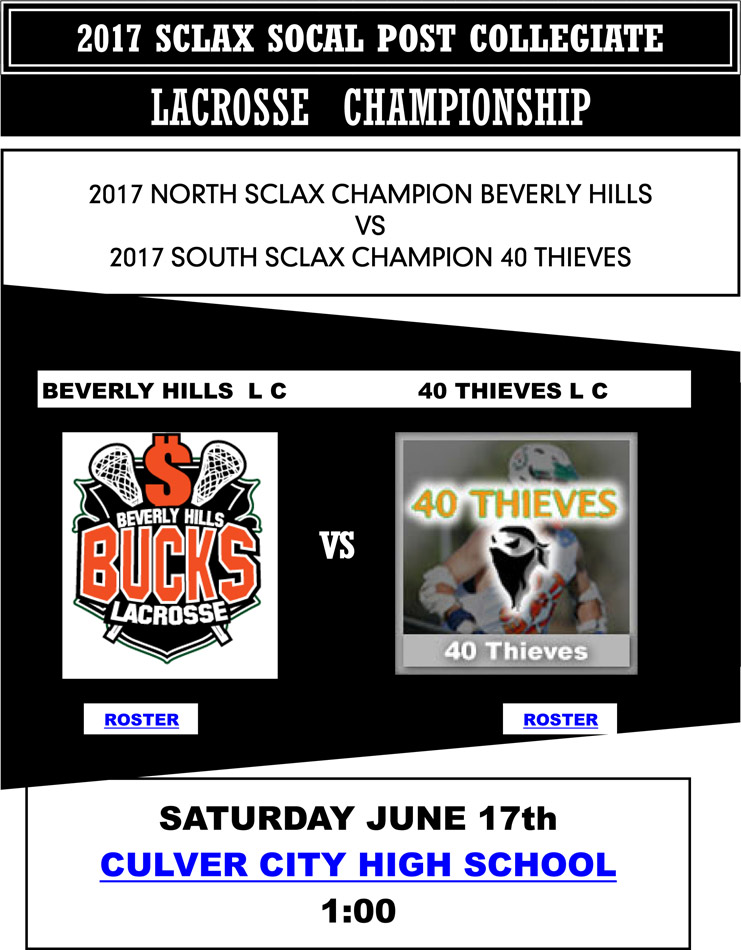