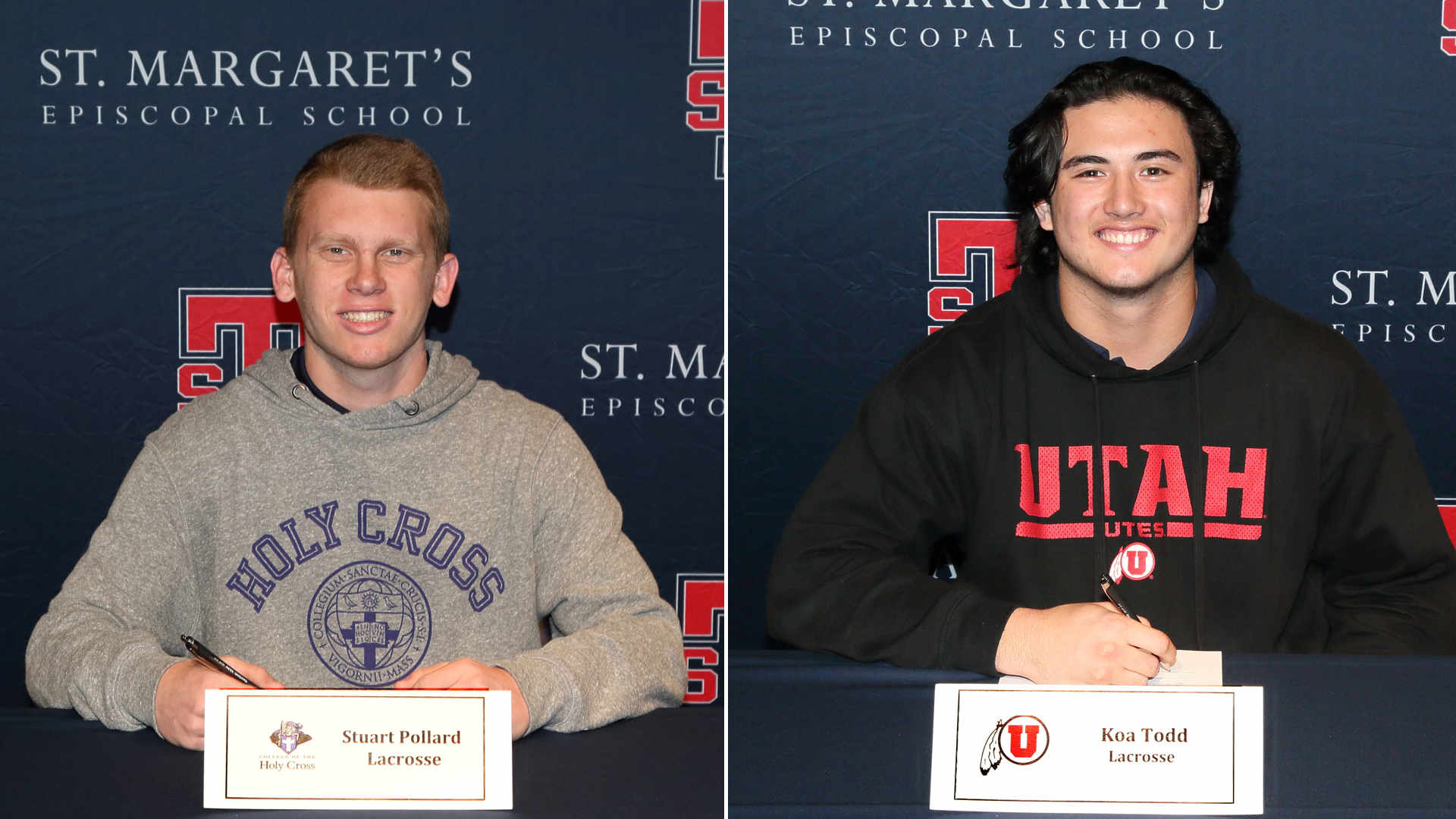 Pollard and Todd will join teammate Kevin Groeninger, who committed to Bryant during the fall signing period, in the D1 ranks.

Stuart Pollard, The College of the Holy Cross

Stuart Pollard, a four-year starting face-off specialist for the Tartan lacrosse program, has committed to study and play lacrosse at NCAA Division-I The College of the Holy Cross in Worcester, Mass.

Pollard, a member of the 2018 U.S. Lacrosse Orange County Champion Tartan lacrosse team, has maintained a 68-percent face-off win percentage over his career. He was named First-Team All-Orange County in 2018 and honorable mention in 2017.

At the club level, Pollard has competed for Victory Lacrosse, Fellowship of Christian Athletes, Trilogy Lacrosse and the SoCal Express. He also competed for the Blue Chip National Team in 2018, winning 80 percent of his face-off draws and has been invited to the National Face-Off Academy Showcase the past three years, earning a top-10 ranking in 2017.

At St. Margaret’s, Pollard also competes for the Tartan football program and volunteers his time as an admission ambassador and as a counselor at Special Camp for Special Kids. In the community, he enjoys volunteering at local lacrosse functions and mentoring young players interested in the face-off position.

At St. Margaret’s, Todd was also a mainstay at the linebacker position on the Tartan football team, being named Division IV All-CIF, Third Team All-County, First Team and Defensive Player of the Year of the San Joaquin League and Cal-Hi Sports All-State Selection in 2018.

At the club lacrosse level, Todd competed for the SoCal Express, winning the King of the Hill Tournament in 2017.

Todd intends on majoring in kinesiology at Utah.