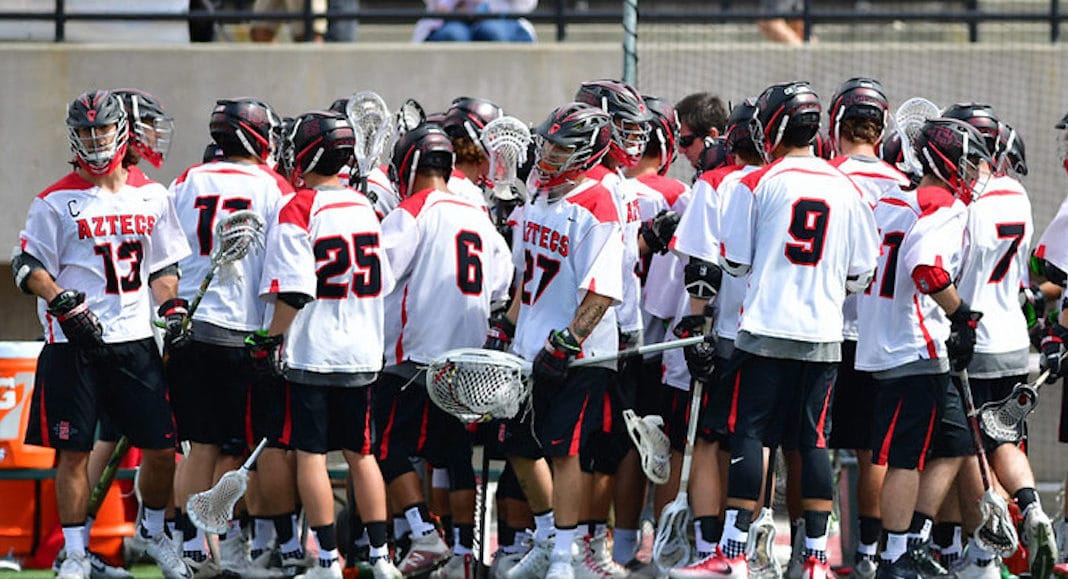 MaxLax caught up with San Diego State coach Jesse Foss to discuss the Aztecs’ lacrosse program, the commitment required to play MCLA lacrosse and how Foss and his staff identify potential student-athletes and recruit for a club program.

Foss, a Long Island native, is entering his second season as SDSU coach after spending 14 seasons at La Costa Canyon, the last six as head coach. In the interview, he emphasizes the support the university provides to the lacrosse program in the way of funding and facilities, as well as providing a rundown on an average week in the life of an SDSU lacrosse player. Finally, he zeroes in on what he and his staff are looking for in a potential student-athlete.

San Diego State is a Division I MCLA club that competes in the South Division of the Southwestern Lacrosse Conference. Last season, the Aztecs finished 7-7 overall, 0-4 in SLC South Division games. SDSU was 4-1 against teams from the SLC North.