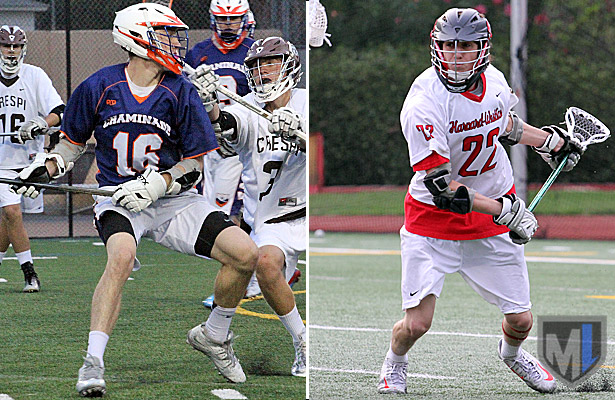 Chaminade is making its first playoff appearance since the 2010 season. Not coincidentally, that’s the last time the Eagles beat Harvard Westlake. The Wolverines have won 10 in a row over Chaminade, including a 26-6 thrashing three weeks ago when the Eagles had to use their JV goalie because of an injury to starter Peter Manfredonia. In their first meeting, Harvard Westlake rallied to win 10-8 at Chaminade, but the Wolverines played that one without senior attack Roman Holthouse, the co-player of the year in the Mission League last spring.

Harvard Westlake appears to be peaking down the stretch, despite losses to O.C. No. 2 Corona del Mar and L.A. No. 2 Loyola to end the season. Before those games, the Wolverines had won five of their last six, including wins over playoff teams Thousand Oaks, Oak Park and Crespi.