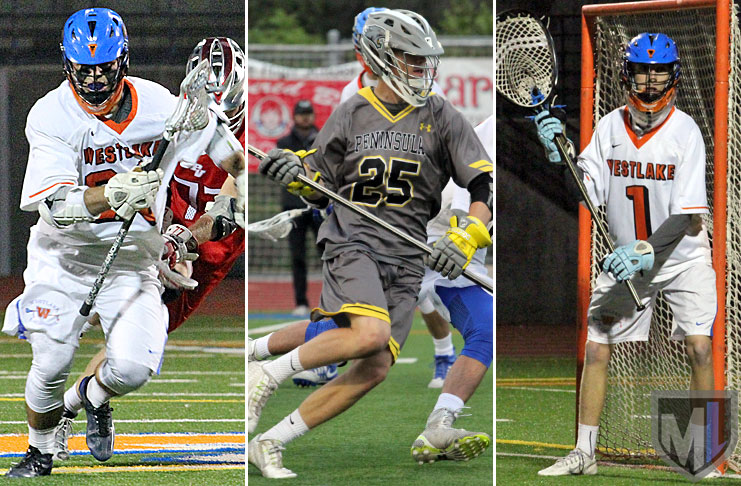 We wrap up our look at the players to watch in this year’s senior class with a look at specialists — face-off middies, long-stick middies and goalkeepers. Once again there are a number of familiar names, along with a few who made names for themselves last season.

It goes without saying that two-time US Lacrosse All-American and three-time all-Mission League goalie Joe Theuer of Loyola is one to watch. After leading the Cubs to the US Lacrosse Southern Section championship last spring, he committed to NCAA D-III Tufts. And much to the dismay of Mission League opponents, he’s back for another year. But we featured him as one to watch last year (and the year before), so we’re going in a different direction.

There are a number of worthy senior LSMs in the area, but we settled on one we featured as a junior defender last season. At the face-off dot, we found a senior who stepped into the role last spring and helped his team go deep into the playoffs.

Here are some senior specialists to watch in 2017:

After appearing in only six games as a sophomore, Stoddard was a workhorse for the high-scoring Warriors last spring, playing in all 19 games and taking 367 draws. He won nearly 70 percent of them, fueling an offense that averaged nearly 14 goals per game. A second-team all-Marmonte League pick, Stoddard also was credited with 52 ground balls and recorded six goals and an assist.

Phillips rarely leaves the field for the Panthers, so he’s not a specialist in the true sense of the word. But he does so many things, including a number of the so-called specialist duties, that we decided to put him here. Besides, he’s committed to Bryant as an LSM. For now, though, Phillips is Peninsula’s multi-tool — he plays both close defense and LSM, depending where the need is greatest; he takes face-offs; he plays offense in the Panthers’ man-up and sometimes in the six-on-six. As coach Lane Jaffe said in the offseason, “He better be in top shape, as he will rarely come off the field.”

A three-year starter in goal for the Warriors, Kilkeary last year posted a 6.8 goals-against average and a .554 save percentage (an average of 8.4 saves per game) in backstopping Westlake to an appearance in the LA semifinals. In that game, an 11-2 loss to Palos Verdes, Kilkeary made an astounding 22 saves, 16 in the first three quarters, when the game still was within the Warriors’ reach at 7-2. He was named second-team all-Marmonte League.