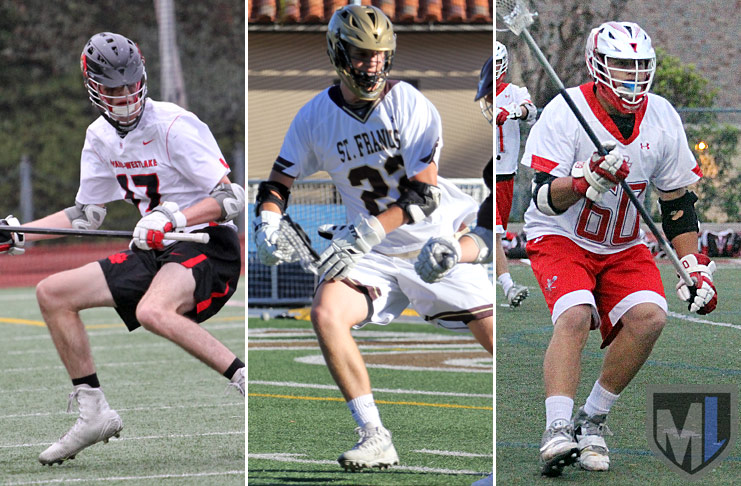 Our look at players to watch in the 2017 season moves on to senior defenders, where once again it would be easy (and accurate) to take last year’s spotlighted junior defenders and bump them up a year.

But wait, there’s more. We culled through last year’s all-league and all-area lists, along with soliciting nominations from every coach in the area, and came up with a dozen more senior defenders worth putting on the radar of area lax fans.

Houska was named first-team all-Mission League as a defender last year after being named second-team all-Mission as a long-stick midfielder as a sophomore. He played a bit of LSM last season, especially on the face-off wing, where is long stride and reach made him effective on ground balls.

Last year, Murphy earned first-team all-Mission League and second-team Greater LA All-Area honors after helping St. Francis to the best finish in the program’s history, including the team’s first playoff appearance. He capped all of that by committing to NCAA D-III York College in Pennsylvania.

Named second-team all-Bay League last year while starting for a defense that allowed only 4.1 goals per game, best in the Southern Section. Nagy had 36 ground balls and 19 caused turnovers as a junior. This year, he was voted team captain. He also was a captain on the Sea Kings football team last fall. Coach Jimmy Borell calls Nagy “pound for pound the strongest player on the team.”