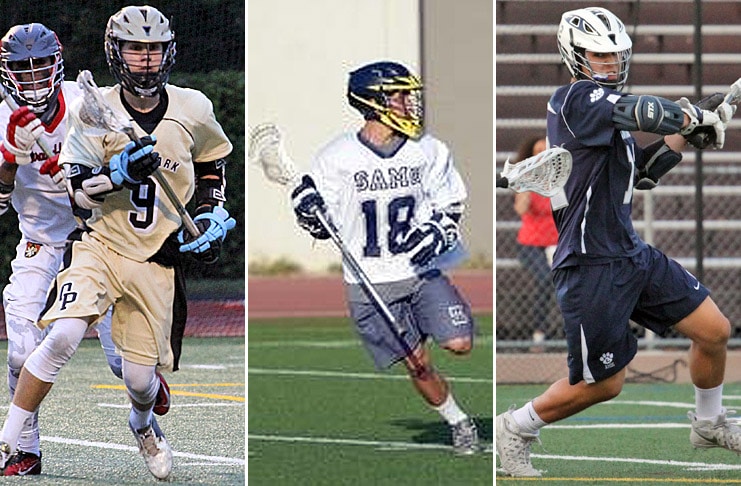 For the third season in a row, MaxLax is compiling and publishing lists of players to watch at each position and in each class. Today, we look at a long list of senior attacks, many of whom we’ve been watching for a couple of years now.

Last year, in fact, our list of junior attacks to watch highlighted Zac Asbury of Thousand Oaks, Austin Lowi of Palos Verdes and Cory Lund of El Segundo. In compiling this year’s list of senior attacks to watch, those three names once again rose to the top of the list.

Asbury has twice been named second-team All-Marmonte League for the Lancers, and he had a great summer on the recruiting circuit. Lowi, who is committed to Jacksonville, has scored 66 goals and delivered 75 assists in three seasons for the Sea Kings. He was first-team All-Bay League last year and second-team as a sophomore. Lund followed an Ocean League offensive player-of-the-year performance as a sophomore with league MVP as a junior. An Academic All-American committed to D-III Williams, Lund has amassed a stunning 117 goals and 120 assists the last two seasons.

All three very much are players to watch again this year. But MaxLax wanted to spread the love a little bit, so while acknowledging the attack firm of Asbury, Lowi and Lund, we picked out a few other senior attacks to highlight.

Bulko led Oak Park last spring with 43 goals and 23 assists. That followed a sophomore season in which he scored 21 goals and had 17 assists. What makes those numbers remarkable is that as a freshman, Bulko had only one goal and three assists — as a long-pole defender. After switching to attack the next season, he now enters his senior season as a two-time team captain, a 100-point career scorer and one of the Eagles’ top scoring threats.

The Vikings became a CIF program in 2014, Furlong’s freshman year and the first season under coach Ben Keiser. While the team has yet to challenge for the Ocean League title or make the playoffs, it has improved every season, reaching 10-8 overall last year, with three one-goal losses. One constant has been Furlong, who has been named first-team all-Ocean League all three seasons. Last spring, he scored 35 goals and recorded 26 assists. Entering 2017, Furlong and his Vikings teammates are worth watching.

Smith was easy to overlook on a loaded Loyola offense last year, but he was a steady presence all season, earning second-team All-Mission League honors. Smith scored the go-ahead goal in Loyola’s semifinal win over Harvard Westlake in last year’s playoffs. A week later he scored another to tie the Cubs with Corona del Mar early in the second period of the championship game. Coach Seth Cohen said in the offseason that Smith is bigger and faster than a year ago, and with Sean Smith gone, Garrett Smith has an opportunity to step out of the shadows.