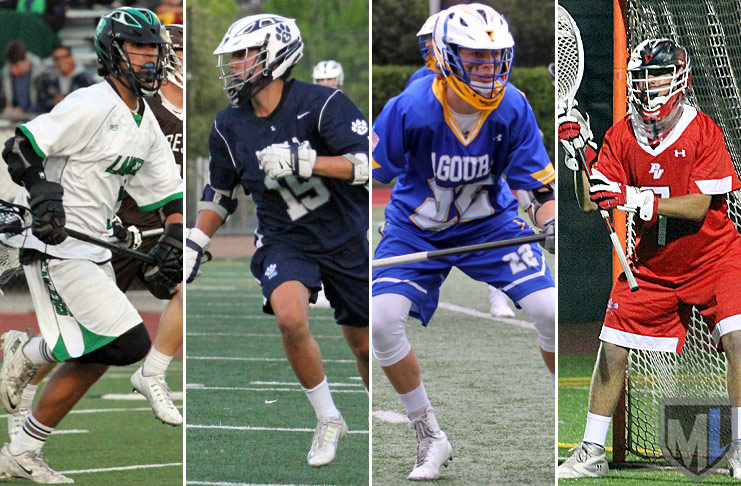 We wrap up our look at junior-class players to watch in the area this season with specialists — face-off middies, long-stick middies and goalies. While picking out an LSM and a goalie to spotlight was fairly easy, the same can not be said for face-off middies, where two players stood out from a solid group of juniors.

Here are some junior specialists to watch:

Since it was nearly impossibly to choose between these two junior face-off specialists, we took the easy way out and decided to spotlight them both as players to watch.

Hesse, who won 65 percent of his draws last season and earned first-team all-Mission League, was as a big a factor as any in Loyola’s US Lacrosse Southern Section title run. He also was named second-team Greater LA South All-Area and was selected for the West roster at Under Armour Underclass Tournament.

Isaacs was named second-team all-Marmonte League at long-stick middie after collecting 79 ground balls (4.6 per game) and causing 48 turnovers (2.8 per game) as a sophomore. He is a disruptive force on the perimeter and cat-quick at picking balls off the ground and starting transition. He scored one goal and had four assists last year.

In limited action last year playing behind senior Connor Jongewaard, Barry posted a 2.9 goals-against average and a .625 save percentage. Palos Verdes coach Jimmy Borell described him as a “ridiculously quick goalie with great hands and a lot of speed.” Barry committed earlier this week to NCAA Division II Colorado Mesa.