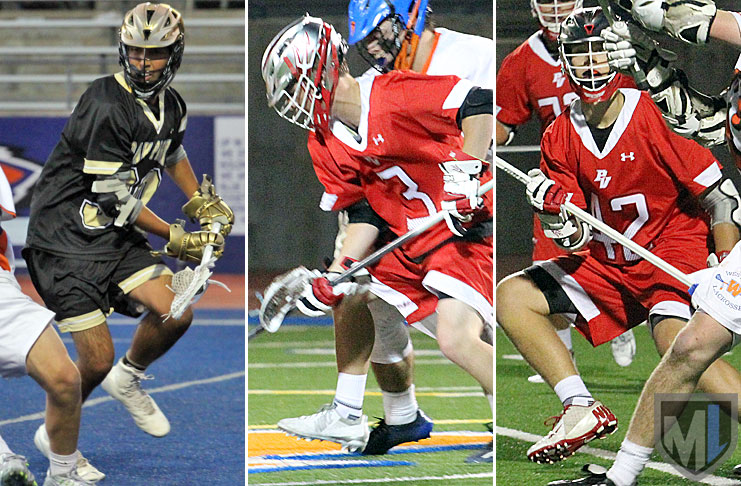 Our players to watch series looks at junior defenders, a Class of 2018 group that was overshadowed somewhat by strong defensive groups in the classes of 2016 and 2017. But a number of these players earned significant playing time as sophomores and are ready to take on larger roles as juniors.

Here are some junior defenders to watch:

Holguin leads a trio of junior defenders — along with Jordan Broussard and Casey Hoops — that coach Tarik Ergin compared to Cerberus, the three-headed beast from Greek mythology. “All three are slick ball-handlers and rock-solid defenders with speed,” Ergin said. Holguin collected 29 ground balls and had 13 caused turnovers as a sophomore; Broussard also had 13 caused-turnovers; Hoops appeared in only six games after transferring from Viewpoint, where he was all-Gold Coast League as a freshman.

A two-year starter for the Sea Kings, McBride collected 50 ground balls and caused 26 turnovers in 22 games last season, earning first-team all-Bay League honors. McBride played a lot of LSM as a sophomore, with Division I commits Jarret Jones and Shayne Sharpe anchoring the close defense. But McBride, too, is a D-I player, having committed to St. John’s before his sophomore season.

Another talented, young defender pushed down the depth chart a bit on a stacked Sea Kings defense a year ago, Swan nevertheless collected 19 ground balls and caused 10 turnovers. He’s big at 6-foot-3, and coach Jimmy Borell says he has a high lacrosse IQ, a great stick and is getting D-I interest.