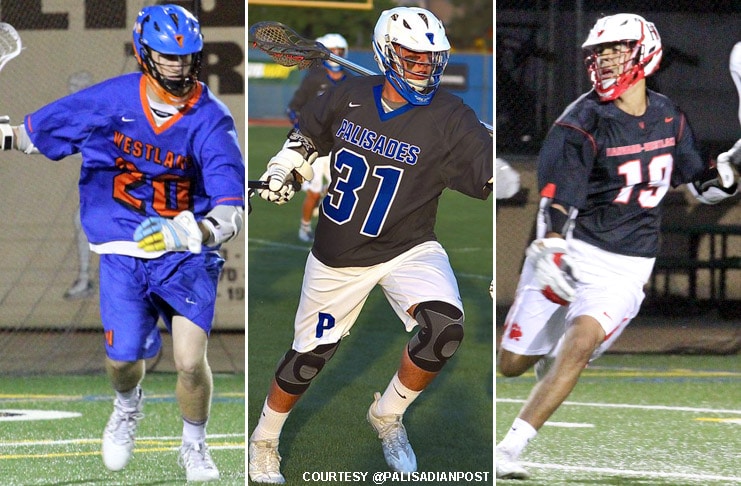 Our trip through the players to watch in 2017 moves on to the junior class, starting with a long and impressive list of attackmen.

Most of the players on this list were mentioned last year as sophomores to watch, but there are a few newcomers. Most notable among them is Jack Collins of Palos Verdes, a transfer from the Taft School in Connecticut. Collins, who is committed to Bucknell, had 31 goals and 33 assists as a sophomore.

Here are some junior attacks to watch in 2017:

After recording 20 goals and 12 assists as a freshman in 2015, Cohen erupted for a team-leading 60 goals and 31 assists in 19 games as a sophomore — an average of 4.8 points per game. He was named first-team all-Marmonte League. He scored at least three goals in 13 of Westlake’s 19 games and five or more in five of those games.

Rissone led the Dolphins to both the CIF City Section championship and a berth in the US Lacrosse Southern Section tournament. He scored 69 goals and had 38 assists and was named Offensive Player of the Year in the City Section. He had six goals and three assists in Pali’s 19-9 win over Hamilton in the City title game.

After missing much of his freshman season to injury, Rodriguez came back as a sophomore to tally 39 goals and 24 assists, earning both first-team all-Mission League and second-team Greater LA South All-Area last spring. He also was invited to the Under Armour Uncommitted Showcase last summer.