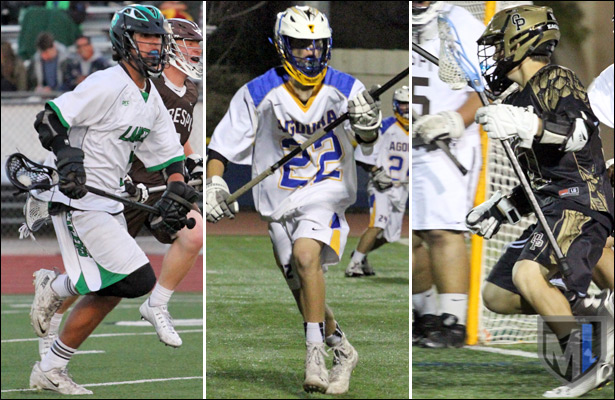 More and more lacrosse players in the L.A./Ventura area are earning their varsity stripes as freshmen, making preseason lists of underclassmen to watch grow longer and longer.

When MaxLax surveyed area coaches and combed through 2015 rosters, stats and all-league teams, we came up with 20 sophomores who contributed at high levels last year as freshmen. Pictured above are three who stood out: Faceoff specialist Matt Parham of Thousand Oaks, long-stick middie Cooper Isaacs of Agoura and attack Adam Julius of Oak Park.

Below is a list of underclassmen to watch this spring — including a couple of freshmen named by their coaches as potential varsity contributors. It’s one thing to make the team, but it’s another to make an impact. (Players are listed alphabetically.)