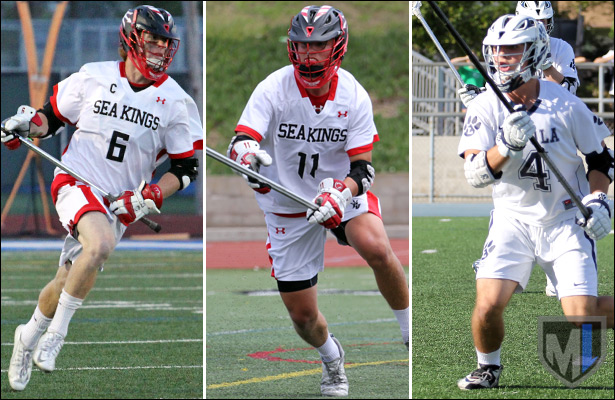 Our Players to Watch series continues with a look at senior defenders. Like other positions, the list of candidates is long, including a number of players committed to play in college.

The list is topped by two Palos Verdes defenders who have made life miserable for opposing attacks over the last few seasons and a physical longpole from Loyola who sets the tone for the Cubs’ aggressive defense.

Here are some senior defenders to watch in 2016:

One of the highest-rated prospects to come out of the L.A. area in some time, Jones his coming off a junior season in which he was named US Lacrosse All-American and first-team All-Bay League (for the third time). He was credited with 99 ground balls and caused 60 turnovers while also tallying 13 goals and seven assists. Committed to Georgetown, Jones is ranked No. 7 in the nation in the Class of 2016 by Recruiting Rundown and No. 36 in the nation by Inside Lacrosse. Jones has averaged 4 ground balls and 2.5 caused turnovers per game in three varsity seasons and has been part of two US Lacrosse Southern Section North Division championships.

Sharp committed to Lafayette after a sophomore season in which he was credited with 22 ground balls and 12 caused turnovers and was named first-team All-Bay League. He followed that with 18 ground balls and 18 caused turnovers as a junior, earning both all-league and US Lacrosse All-American honors. A fundamentally sound defender with excellent footwork, Sharp is a handful for even the most savvy attacks.

A first-team All-Mission League pick as a junior, Riley was defensive MVP for a Loyola squad that won the Mission and was an overtime loss away from reaching the L.A. semifinals. At 5-foot-11 and 170 pounds, Riley is not generally the biggest defender on the field, said Cubs coach Seth Cohen, “but last year he always drew the biggest matchup.” Riley was credited with 39 ground balls for the Cubs last spring after picking 29 in his sophomore season.