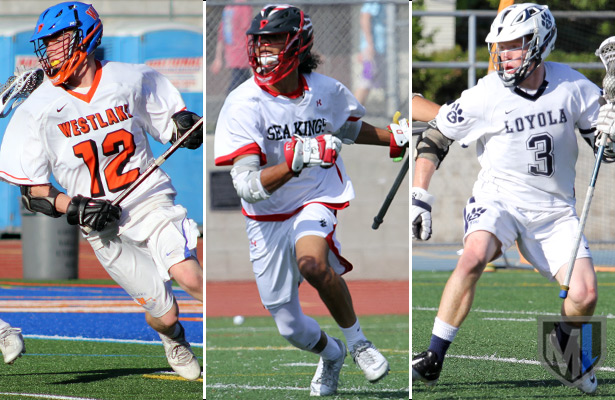 The list of top-level senior attacks in the L.A. and Ventura region gets longer every year, making it increasingly difficult to single out the three to feature. For that reason, we nearly went four or even five deep in our list.

While it’s hard to imagine leaving some of these guys out, we ultimately stuck to our guns — three per position per grade.

With that said, here are the senior attacks to watch in 2016:

The 2015 Marmonte League co-MVP and a US Lacrosse All-American, Reilly totaled 92 points as a junior (65 goals, 27 assists) in helping Westlake (16-2) reach the semifinals of the US Lacrosse North bracket. He is equally dangerous with the ball in his stick as he is finding open space or cutting off-ball. He is committed to NCAA Division I Jacksonville.

One of the most dynamic and versatile offensive players in the area, Smith has been named first-team All-Bay League three times in three varsity seasons. He has scored 81 career goals and recorded 91 assists. If need be, he can rotate up to midfield and initiate downhill, and he won 64 percent of his faceoff draws as a freshman and sophomore.

Smith is another Swiss-army-knife player, lining up at attack when he’s not facing off for the Cubs. As a junior, he was named first-team All-Mission League, US Lacrosse All-American and Loyola’s offensive MVP. He has 98 career goals and 55 assists entering his senior season. He plans to play at NCAA D-III Connecticut College.