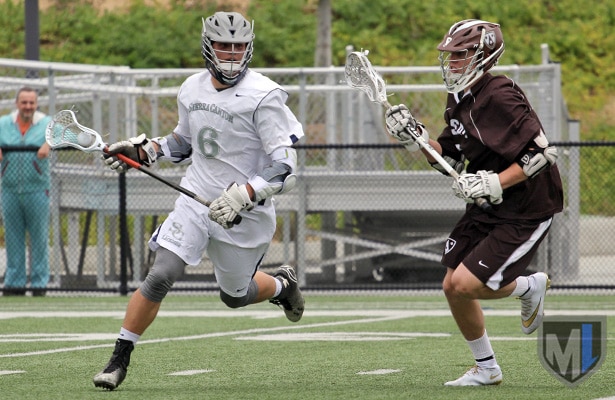 Two years ago, Sierra Canyon went 1-11. Saturday, the Trailblazers — voted No. 15 in the preseason coaches poll — beat Crespi, an LA championship finalist a season ago and the coaches’ pick at No. 8, 13-9.

Granted, this is a Crespi team that is now 0-3 and still struggling to adjust after graduating 17 seniors last spring. But this also is a Sierra Canyon team that is on the rise, having gone 13-4 last season (with all four losses by a single goal), won the Gold Coast League title and qualified for the US Lacrosse playoffs.

Saturday, playing with a roster depleted by a flu bug, the Trailblazers (2-0) jumped on Crespi in the second quarter and never looked back. Midfielders Matt Schwartz and Jake Pistotnik scored four goals each for the Blazers, and middie Matt Chopp had three. Attack Miles Rosberg scored twice.

The Celts actually led 2-0 early and 3-2 after one quarter, but when Chopp tied the game at 4-4 with 7:38 left in the second quarter, it sparked a run of five unassisted goals in a four-and-a-half minute span that put Sierra Canyon up 8-4 with 3:07 to play before halftime.

Crespi managed one more before the break, then scored quickly coming out halftime and had climbed within 9-8 with a minute left in the third. But Pistotnik scored unassisted on a restart from X in the closing seconds of the quarter to restore the two-goal cushion at 10-8.

He then added two more in the fourth, sandwiched around one from Schwartz, as the Blazers held possession for much of the period and prevented a Crespi comeback.