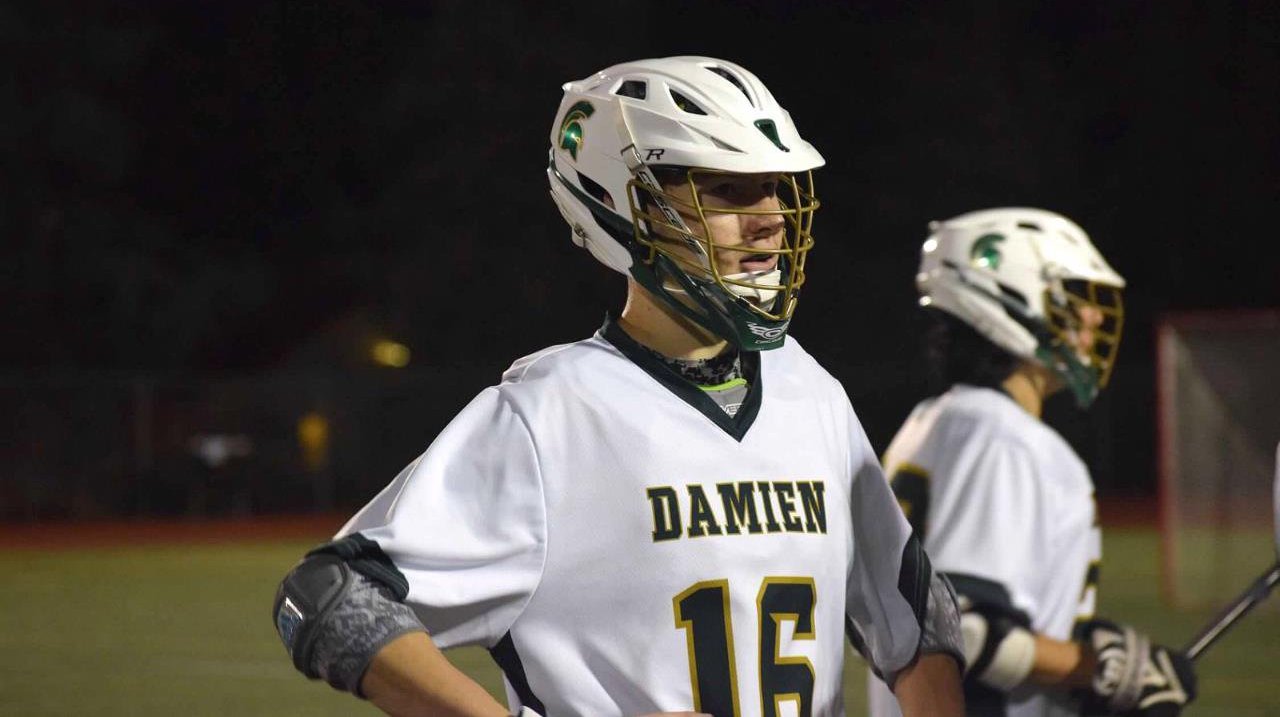 Philo Biane spent a lot of time on the train the summer of his sophomore year. At least twice a week, he went to his local Metro Station in the Inland Empire, then rode the train two hours and 30 minutes to get to Santa Monica then back home again.

There was no club lacrosse team for him to play at when he wasn’t playing for Damien High School, so he ended up with the Santa Monica Dragons. The commute paid off, however, as Biane became the first NCAA lacrosse commit out of Damien High School. He’ll attend Division 3 Elmhurst College in Illinois next season.

“I really hope that it inspires my teammates to really see that even though a lot of guys within our program, we start relatively late, that there’s still a lot of possibilities as a lacrosse player,” Biane said.

Biane was a late starter himself, first trying the sport at age 14 as a freshman in high school. He planned to play basketball and lacrosse, but as his interest in the former waned, he decided to focus on lacrosse.

“We did not do well,” Biane said. “I really was just not happy with my performance that season and I really felt like I could do so much better. After the season I kind of began to focus and I really want to be better than the competition next year.”

The following season, the Spartans earned a 12-5 overall record. And Biane’s coaches recommended he join a club team, specifically, the Santa Monica Dragons.

For the first time in his lacrosse career, he was playing in tournaments that got him crucial exposure to college coaches and valuable playing experience with other talented players. He eventually played with LA Heat as well.

“LA Heat gave me a lot to learn and gave me confidence to be able to teach what I learned to my teammates and my teammates can come back smarter and possibly we could do better this season,” Biane said.

The experience as a whole led Biane to commit to Elmhurst on Nov. 4. Through his prep and club career, he has played short stick midfielder, but said he is open to trying new positions in college.

Biane, who plans to major in finance, was eager to join the growing lacrosse program and was equally excited to explore opportunities in Chicago, which neighbors Elmhurst.

“I was mainly open to go to school anywhere around the country,” Biane said. “I was just really more hoping that wherever I end up choosing gives the best job opportunities and that I could have a mix of everything I loved.”

In his senior year with Damien, Biane is hoping to win an Independent League title with the Spartans for the first time. He’s also set a goal of finishing the season with 60 points.

Additionally, he’s hoping to get more recognition for the sport in the Inland Empire. Once, while he was working on stick skills in a park, a passing parent told their daughter he was playing field hockey.

He plans to help grow the sport by continuing to share the knowledge he’s gained as a product from all those train rides to Santa Monica.

“I would say if that person just consistently hits the wall and improves their stick skills, nothing can stop them,” he said.