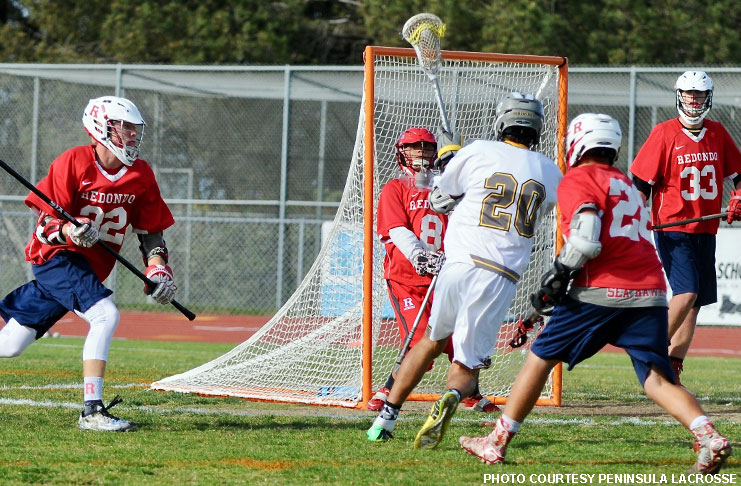 No. 19 Peninsula coasted to an 18-5 win over Redondo Union in the third-place game of the Bay League tournament on Thursday, two days after falling to No. 13 Mira Costa 9-2 in the tournament opener.

A Panthers season that has been filled with untimely injuries concludes on Saturday with a make-up game against St. John Bosco at home.

Tuesday’s game at Mira Costa was a defensive battle in the first half, with underdog Peninsula trailing just 2-1 and looking for an upset. But the second half proved to be a different story, with the Mustangs outscoring the Panthers 7-1 and taking the victory. Peninsula’s goals were scored by seniors Scott Phillips and Nicco Rosato.

Thursday, the Panthers faced Redondo Union at home and dominated from the opening face-off. By halftime, Peninsula held a comfortable 7-2 lead and cruised to an 18-5 victory and the third-place finish in the Bay League.

Bryce Kitagawa and Ethan Burrage each scored four goals, and Phillips scored three. Freshmen Troy Simpkins and AJ Rosato combined to score three goals and look to be the Panthers lacrosse stars of the future. Senior Matt Azzopardi scored his first varsity goal. Will Mbomeda, Max Cha and Rosato also put the ball in the net for Peninsula (5-10).