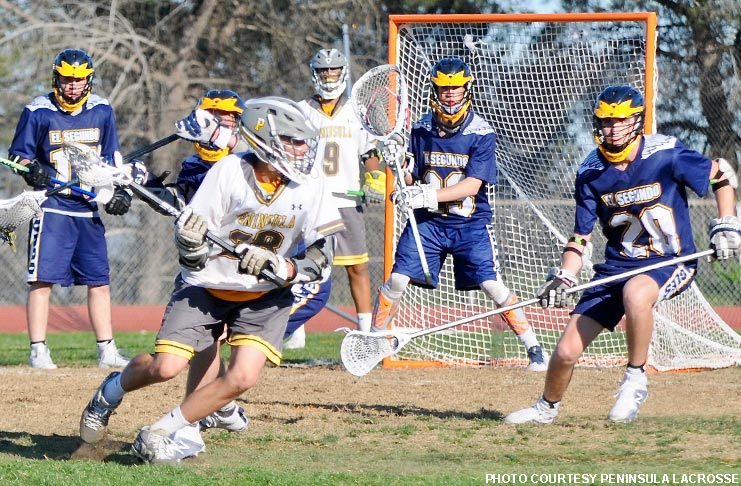 It has been a rough 10 days for the Peninsula Panthers, who opened the season ranked No. 8 in the preseason coaches poll. Unfortunately, it gets only a little better in the next week.

After opening their season with a lopsided win over Hamilton, things went south, starting with a 16-3 loss at Harvard Westlake in which two senior stars were injured. The bad news continued with a 9-3 home loss to Crespi and culminated in Monday’s 13-11 home loss to El Segundo.

All three losses were affected by injuries to Greater LA South All-Area LSM Scott Phillips, who is committed to Bryant, and attackman Kyle Beachboard, the Panthers’ leading scorer last season. Phillips was diagnosed with a concussion during the Harvard Westlake game and missed the next two contests. Beachboard suffered a torn ACL in the same game and is out indefinitely.

Beachboard was injured while scoring Peninsula’s first goal against the then-No. 3 Wolverines, who had raced out to a 7-0 lead and won easily. Phillips and Bryce Kitigawa scored the Panthers’ other two goals.

With both players sidelined last Friday, Peninsula fell behind then-No. 13 Crespi 4-0 before AJ Rosato got the Panthers on the board. Crespi led 5-1 at halftime and 7-1 after three quarters in winning 9-3. Junior Ethan Burrage and sophomore Max Cha scored fourth-quarter goals for Peninsula.

Phillips is expected to return for Peninsula’s next game, which is good news. Unfortunately, the matchups don’t get easier — the Panthers (1-3), now ranked 15th, play at No. 4 Agoura on Friday then at home against No. 3 Palos Verdes on March 21. Palos Verdes beat Agoura 15-5 on Tuesday.