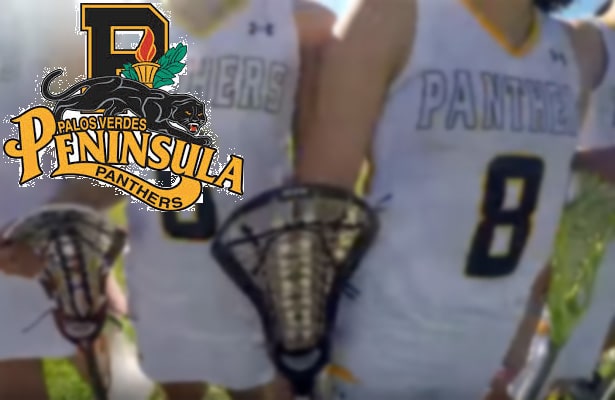 The Peninsula girls lacrosse team went 6-7 last season, qualifying for the playoffs as the No. 5 seed in the L.A. South bracket but losing its first-round game to rival Palos Verdes by a single goal, 12-11. That was one of three one-goal losses for the Panthers, and it came just three days after they had beaten PV 15-12 in their regular-season finale.

That’s how close Peninsula was to not just a winning record, but an appearance in the second round of the playoffs.

Head coach Paula Borstel shared some of her thoughts on the upcoming season with MaxLaxLA:

“Peninsula is in the ever-strong Bay League, making for a tough fight ahead of us. However, we have 12-13 returning varsity players this year, with a good mix of seniors and underclassmen. We are looking forward to improving our standing this year.”

“Led by senior captain Shannon Nakamura, Peninsula has a litany of shooters, that includes returning high-scorers Megan Webb, a junior who scored 21 goals last season after putting up 31 as a freshman, and sophomore Zoe Puccia (23 goals, seven assists as a freshman. Seniors Katie Stevens and Alexa Cha look strong on defense.”

Peninsula opens the season Sat., Feb 27, at Glendale, then plays Monday, Feb. 29, at Chaminade. Both were playoff teams last year, and Chaminade is among the favorites to contend for the US Lacrosse Southern Section North championship. In fact, every team on the Panthers’ schedule was a playoff qualifier last season.