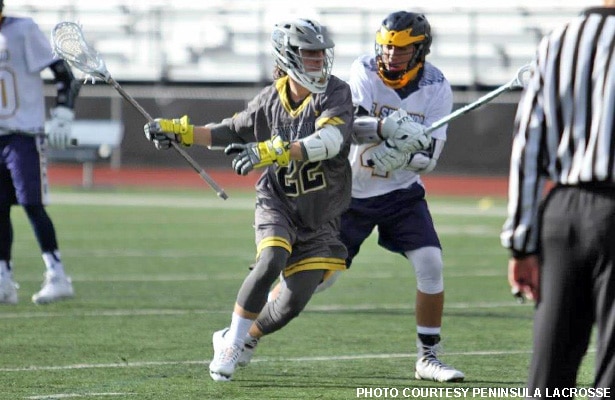 Visiting No. 6 Peninsula got off to a quick start against No. 18 El Segundo on Friday and handily beat the undermanned Eagles, winning 19-1. The Panthers led 7-0 after the first quarter and held El Segundo to one goal the rest of the game as the offense put on a scoring show.

Junior Kyle Beachboard led the way with five goals, penetrating the Eagles’ defense to create many scoring opportunities. Senior Emilio Nunziati was close behind with four goals scored. Both benefited from the senior Koby Tseng‘s five assists, and Tseng also scored one goal. Kurt Landon (pictured), Scott Phillips and Bryce Kitagawa also each had two goals, and Nicco Rosato had one.

Peninsula (3-1) plays at Crespi on Thursday and is home against Viewpoint on Friday.