Peninsula Breaks Through with Win at Culver City 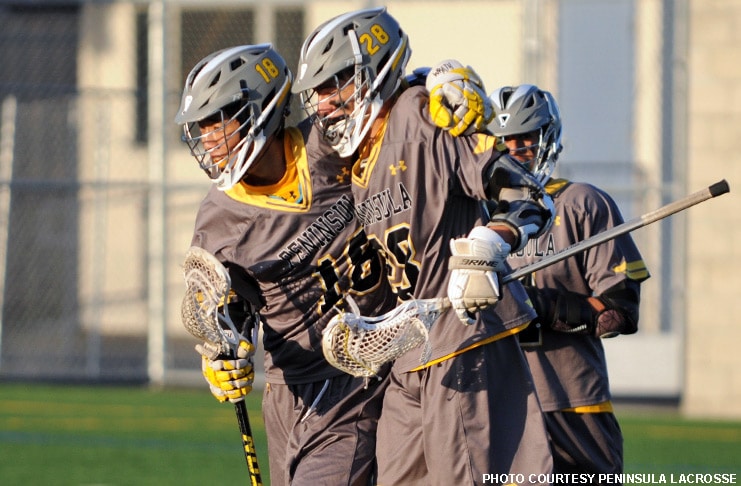 The Peninsula Panthers beat host Culver City 7-5 Thursday, ending a five-game losing streak that stretched back more than three weeks. Peninsula had opened the season at No. 8 in the coaches poll but were No.17 heading into this week.

But with do-everything senior Scott Phillips finally back in the lineup after suffering a concussion against Harvard Westlake on March 4, the Panthers (2-5) managed to hold off the Centaurs (4-6). Senior Will Mbomeda scored two goals for Peninsula, and senior Bryce Kitigawa and sophomore Max Cha each scored one. Phillips spearheaded a defense that was led by Ryo Nishimura, Patrick Slaught and Kevin Jones and anchored by goalie Matt Choi.

Earlier in the week, Peninsula lost 15-3 to cross-hill rival Palos Verdes on a rainy Tuesday. Goalie Choi made 16 saves in the game, and Mbomeda, Kitagawa and freshman AJ Rosato scored goals.

Since winning its opener, Peninsula lost to five ranked teams — No. 2 Harvard Westlake, No. 11 Crespi, No. 16 El Segundo, No. 4 Agoura and No. 3 PV — all without Phillips and senior attack Kyle Beachboard, both of whom were hurt against Harvard Westlake.

Peninsula plays at No. 13 Mira Costa in a Bay League game on Wednesday, then at No. 10 Chaminade in a nonleague game Friday.