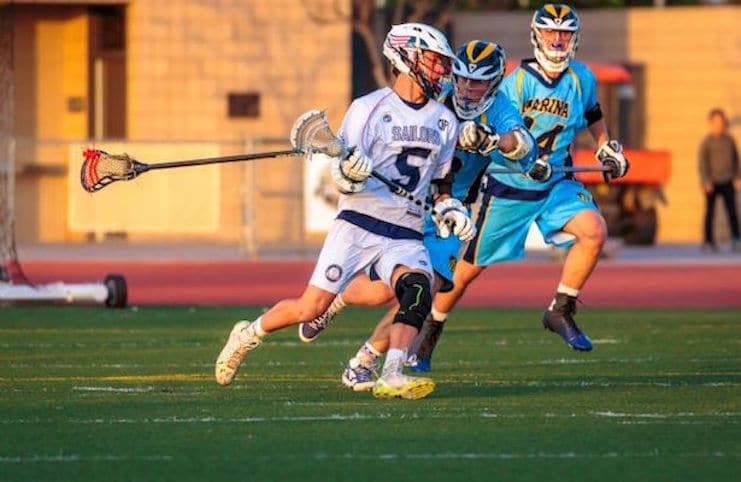 The Sailors were led by Alex Pearce and Patrick Lynch who each had four goals.

“We rallied around our seniors. Our senior leadership finally came through and did what we expected them to do,” Newport Harbor coach Mark Todd said.

The Golden Knights, ranked No.19 in LA, got the lead to as little as two in the fourth quarter, but got no closer, as a goal from Conor Houlihan sealed the deal for the Sailors (ranked 10th in the OC)

“They’re very scrappy. They definitely had passion for the ball and they played hard,” Todd said of St. Francis.

With its two-game losing streak a thing of the past, the Sailors head into a big week, as the Sailors play at Foothill (No.2 in the OC) on Tuesday at 5 p.m. The Sailors also open up Sunset League play at Huntington Beach on Friday at 7 p.m.

“It’s nice to be on the W side, but we got a lot of work to do. It’s going to take great teamwork to beat both teams, and we have to move the ball around more,” Todd said.

The Golden Knights, which had their three game losing streak snapped, were led by Jim Murphy who had four goals. The Golden Knights’ next game is Tuesday at home against reigning Southern Section champion Loyola of Los Angeles at 5 p.m.