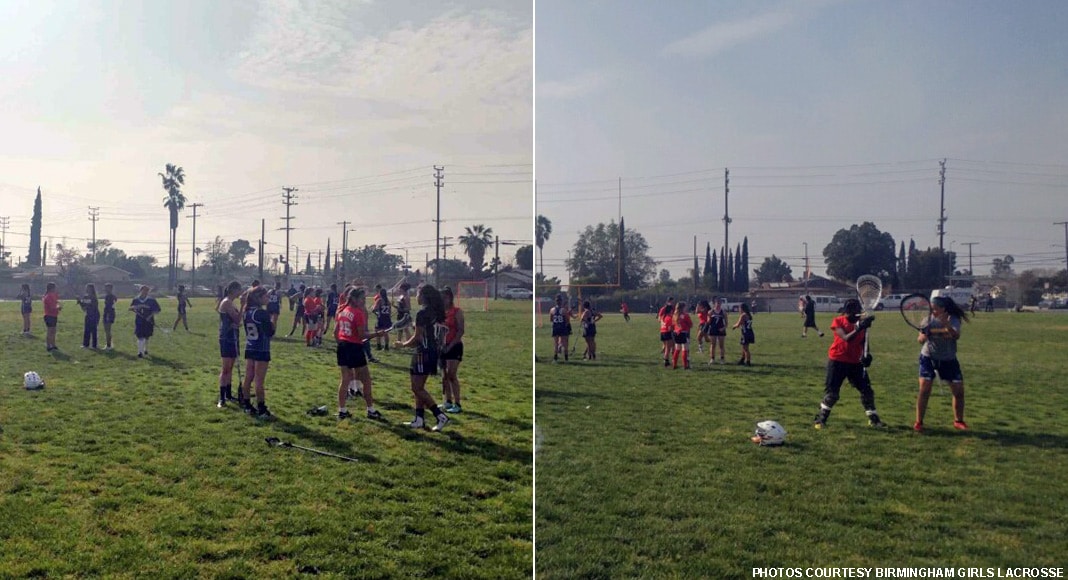 The No. 7 Birmingham Patriots beat North Valley Military 16-1 in a City League matchup Thursday, improving to 7-3 overall and 3-0 against City opponents. But the more remarkable sight came after the game, when the Patriots players put on an impromptu clinic for the NVMI players.

“Today after our game against North Valley Military Institute,” Patriots coach Scott Silva said in a text message, “the Birmingham girls were giving lessons to them to help them improve for their season. NVMI was so willing & soaking up the info it was awesome to see!”

NVMI, a public, military-themed charter school in Sun Valley, is in only its second year of fielding CIF athletic teams and its first year of playing girls lacrosse. The school’s website lists a schedule of nine games, but scores of only two have been reported, including Thursday’s loss to Birmingham.

Noticing that the Hawks could use a little help, the Patriots pitched in. After jumping out to an 11-1 halftime lead and cruising to an easy win, the Birmingham players took time to coach up their fellow San Fernando Valley laxers for the remaining games on their schedule.

NVMI is scheduled to play at El Camino Real, another brand-new City program, on Tuesday.