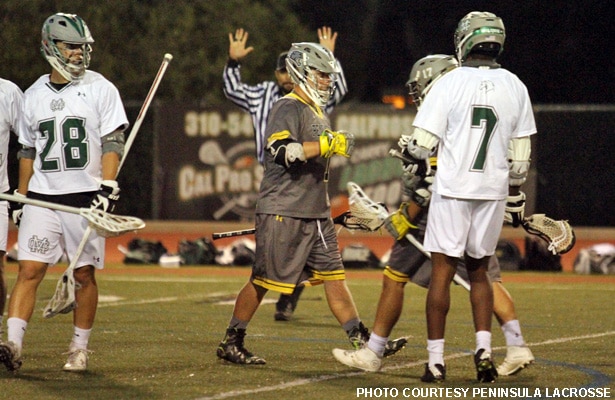 No. 9 Peninsula avenged a tough, overtime, home loss to Mira Costa on Friday with a 16-7 Bay League win in Manhattan Beach, scoring seven unanswered goals in the second period to build an insurmountable lead. Costa had beaten Peninsula 9-8 10 days earlier.

LSM/D Phillips also played a key role in keeping the ball in the hands of the Panthers’ offense, winning 15 face-offs and collecting 16 ground balls. That anchored a defense that continues to improve and take pressure off senior goalie Connor Graves, who made 13 saves.

The Panthers conclude the regular season with a home game against Palos Verdes on Tuesday and at Redondo Beach on April 29. Mira Costa plays at Redondo on Tuesday then at the No. 1 Sea Kings on Friday.