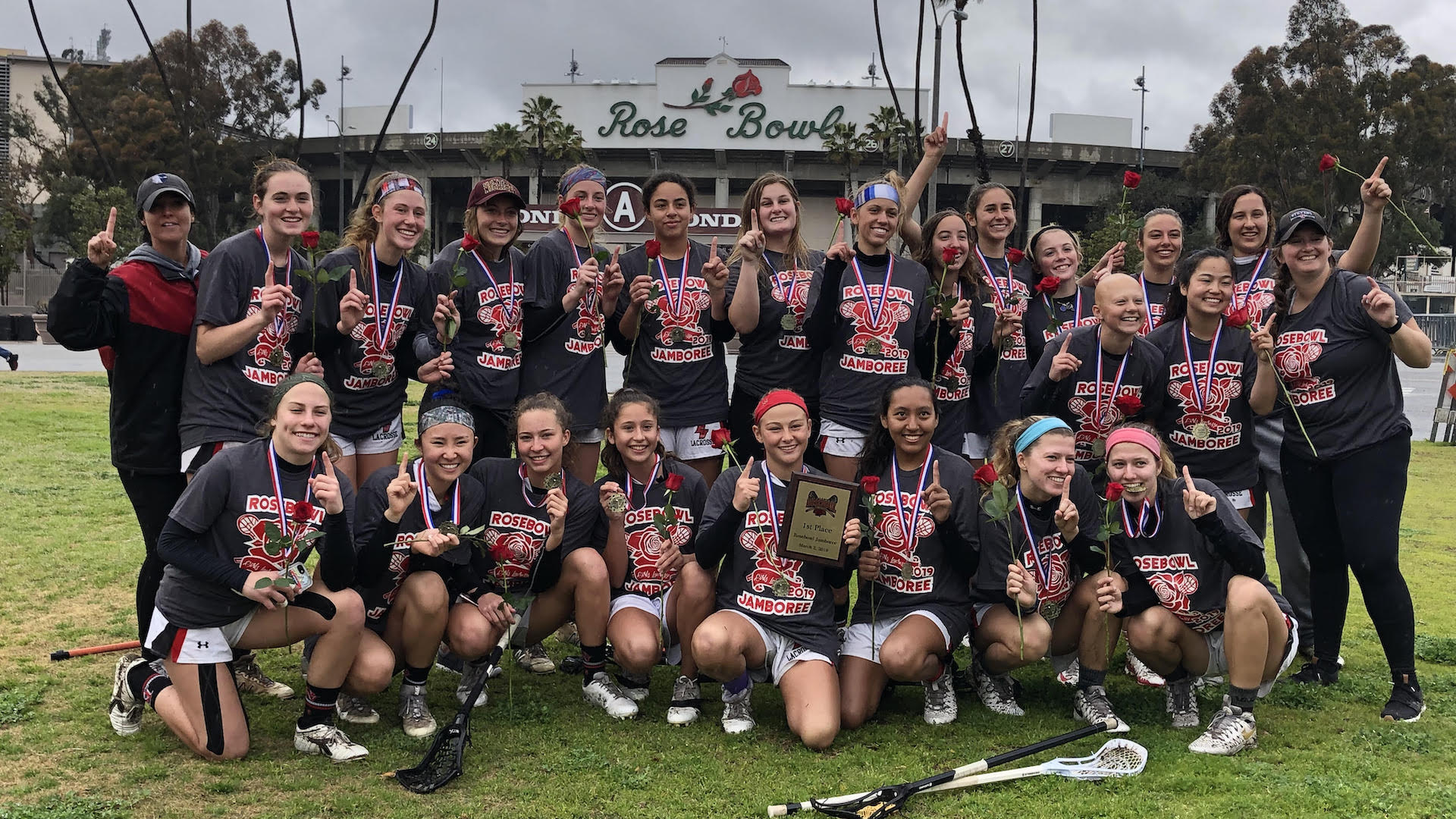 PV dominated the draw from the beginning, and spread the scoring amongst seven different players.   McKenzie Olsen was particularly lethal with a hat trick for the Sea Kings.

The PV Defense didn’t see much action in the first half as the two teams slogged through the rainy, wet, sloppy day and poor field conditions.

Freshmen Zoe Dearborn and Skeie showed that despite their youth they are ready for varsity play.   Skeie finished with two goals,  seven groundballs and three caused turnovers.   Dearborn had an assist, a groundball, and a clear in early action.

Game 2 vs. Westlake
Player of the Game – McKenzie Olsen (Sophomore)

Hoyt’s early hat trick allowed PV to jump out to a 5 – 1 halftime lead on previously undefeated Westlake. An apparent goal by Hoyt in the second half was waived off, and that started a momentum-shifting run by Westlake. Westlake won three consecutive draws, and converted those wins into three unanswered goals.   The PV defense buckled down after the third goal to secure the tie and force OT.  After each team took three trips into the  offensive end,  Olsen scored the game winner on a free position shot to vault PV into the Rosebowl Championship.

In a thrilling come from behind victory, PV held Redondo to six goals and walk away with a 8 – 6 victory and the championship. Merchant scored four goals to lead PV. Hoyt added two Charline Hoffman added one, as did Skeie. Skeie (two assists),  Abbie Merchant ( one assist) and Maddie Suh (one assist) contributed with their unselfish play.