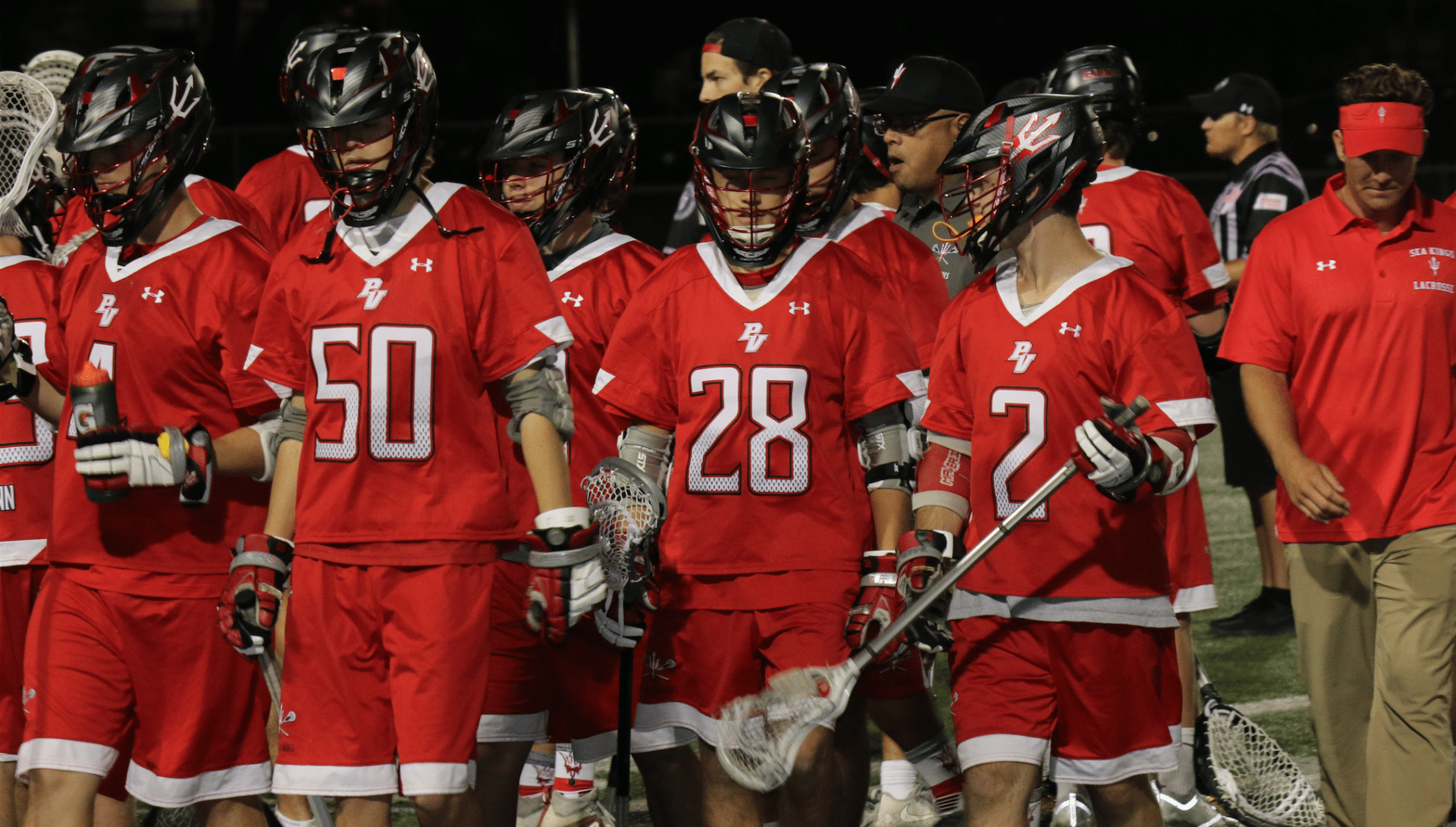 It’s looking like there might be a new sheriff in town as the Palos Verdes Sea Kings picked up yet another huge victory, trouncing OC No. 1 St. Margaret’s 9-7 on Saturday night.

After brushing aside Foothill 13-4 on Tuesday and Sierra Canyon 15-2 on Thursday, the Sea Kings had no reason to believe they didn’t have a chance against St. Margaret’s, Orange County’s hottest team.

Needless to say, Palos Verdes and its tenacious defense were more than a match for St. Margaret’s. This marked the third time this season the Tartans were held under 10 goals but the only occasion it happened in a loss.

The Sea Kings limited St. Margaret’s to two goals in the first half and only four through three quarters. Palos Verdes junior goalie Kyle McCann finished with 14 saves against the Tartans after stopping 16 shots against Foothill earlier in the week.

The first quarter saw a slow start from both sides with Andy Shin (1 goal, 1 assist) giving St. Margaret’s a 1-0 lead. After Palos Verdes evened the game 1-1, Jason Garrett laced in a goal to put St. Margaret’s ahead 2-1 heading into the second.

That’s about as good as it got for St. Margaret’s. The Sea Kings’ second goal evened the score and opened the flood gates as they opened up a 5-2 lead going into halftime.

The three-goal halftime deficit was St. Margaret’s largest of the season, and things didn’t get better from there. Palos Verdes tacked on three more consecutive goals to take an 8-2 lead in the third quarter.

As was the case against Foothill, most of the Palos Verdes scoring came through the midfield. Senior Jake Nolls (3g) and freshman Michael Nagy (3g, 2a) led the Sea Kings, and senior Beau Sabosky (1g, 3a) and sophomore Jake Jellison (1g) also scored. Senior attack Gage Rowland scored one goal.

Though they were down a considerable amount, the Tartans battled to the end. Koa Todd (2g) finally ended PV’s scoring streak at seven, ripping one into net to pull the Tartans within five, 8-3.

St. Margaret’s managed to get within two late in the game, but Palos Verdes’ lead proved too much to overcome. The Sea Kings (11-3) won their fifth consecutive game.

With the coaches poll and playoffs looming on the horizon, Palos Verdes’ performance this week has built them a strong case for the No. 1 team in Los Angeles. For St. Margaret’s, this loss did taint their once perfect record, but it’s certain the Tartans will be back full force in no time.

The Sea Kings have three games remaining on their schedule with their next coming Monday at LA No. 6 Westlake. The Tartans will look to rebound in a primetime match-up against OC No. 2 Foothill on Tuesday.