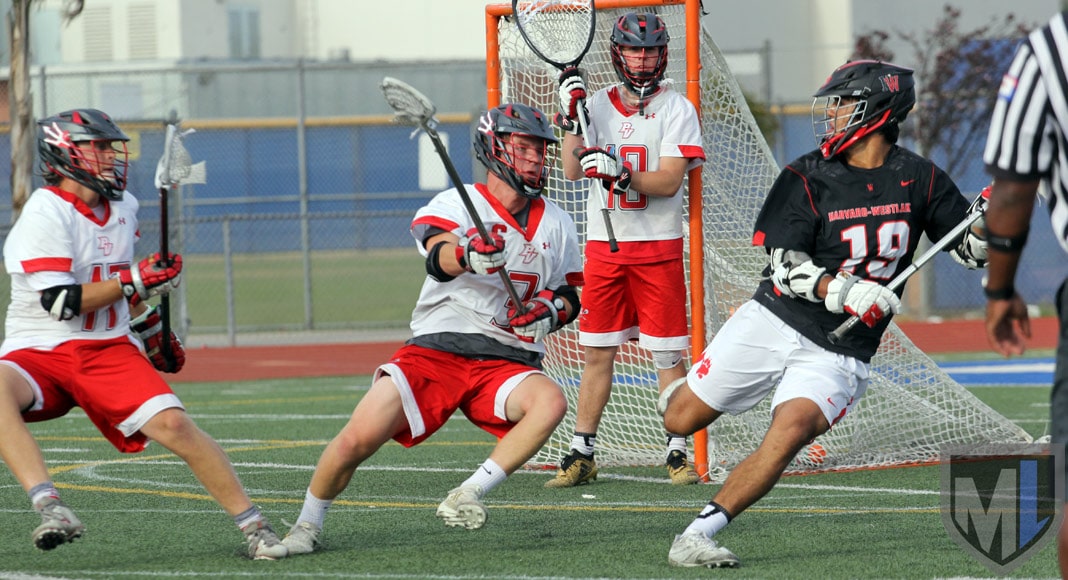 For the eighth consecutive season, the Palos Verdes Sea Kings will make an appearance in the US Lacrosse LA Championship game as the No. 2-seeded squad’s vigilant and hard-nosed defense produced an 8-4 victory over No. 3 Harvard Westlake in Saturday’s semifinals at Culver City HS.

It was Palos Verdes’ second victory of the year over the Mission League runners-up, having beaten the Wolverines 9-6 on March 13. Now the Sea Kings (19-3) will face Mission League champion and No. 1 seed Loyola (19-4) for the LA title for the third year in a row. Loyola has won the last two seasons and gone on to capture the Southern Section championship.

Saturday, the Sea Kings built an 8-1 lead early in the third period before losing focus and allowing Harvard Westlake an opportunity to climb back into the game. PV coach Jimmy Borell described his team’s second half as “undisciplined” and actually part of a worrisome trend.

“It’s been a couple games in a row,” he said. “I’m starting to lose my mind, if you could hear me on the sideline. Just super, super undisciplined, and it’s not even one or two guys, it’s all six guys. It’s like, if we come out hot, we’ve been kind of undisciplined in the second half and just kind of lackadaisical.”

Fortunately for the Sea Kings, their defense set the tone from the opening face-off and ultimately provided plenty of cushion. The tenacious poles of defensemen Josh Park, Kyle McBride, Hart Swan and Neil Randall harassed the Wolverines’ offense throughout the first half, disrupting their rhythm and creating a myriad of turnovers that led to counterattacks. Junior goalie Kyle McCann made 11 saves.

“The defense is bailing us out,” Borell said. “The goalie is bailing us out. They’ve been doing that all year. A win’s a win; I should feel a lot better after a win, but I just don’t right now. We always talk about playing our best games, and that wasn’t anywhere close. I think we played one good half, and that’s it. We’re going to have to put two halves together for Wednesday.”

Saturday, the Sea Kings’ first-half performance was a clinic in all three phases. The defense limited Harvard Westlake to one goal, which came in transition; face-off middies Colin Fitt and Cole Clinton and their wings teamed up to earn quality possessions; and the offense took advantage.

Jake Jellison put Palos Verdes on the board two and a half minutes into the contest, bouncing in a shot off a feed from Michael Nagy and sparking a four-goal run that lasted until midway through the second quarter. Senior middie Beau Sabosky also played a big part in PV’s early onslaught, scoring the team’s second and third goals and causing all kinds of problems with his length and playmaking abilities. He finished with three goals.

With Harvard Westlake struggling to penetrate the Sea Kings’ staunch back line, Sultan Daniels finally put the Wolverines on the board with a coast-to-coast transition goal with 5:08 left in the first half.

However, Palos Verdes responded a minute later, cashing in a Harvard Westlake turnover with a goal from Luc Charbonnier on a feed from Brad Sharp, then scoring back-to-back transition goals — Charbonnier from McBride with 1:31 left and Sharp from Fitt on the ensuing face-off — to take a 7-1 lead into halftime. 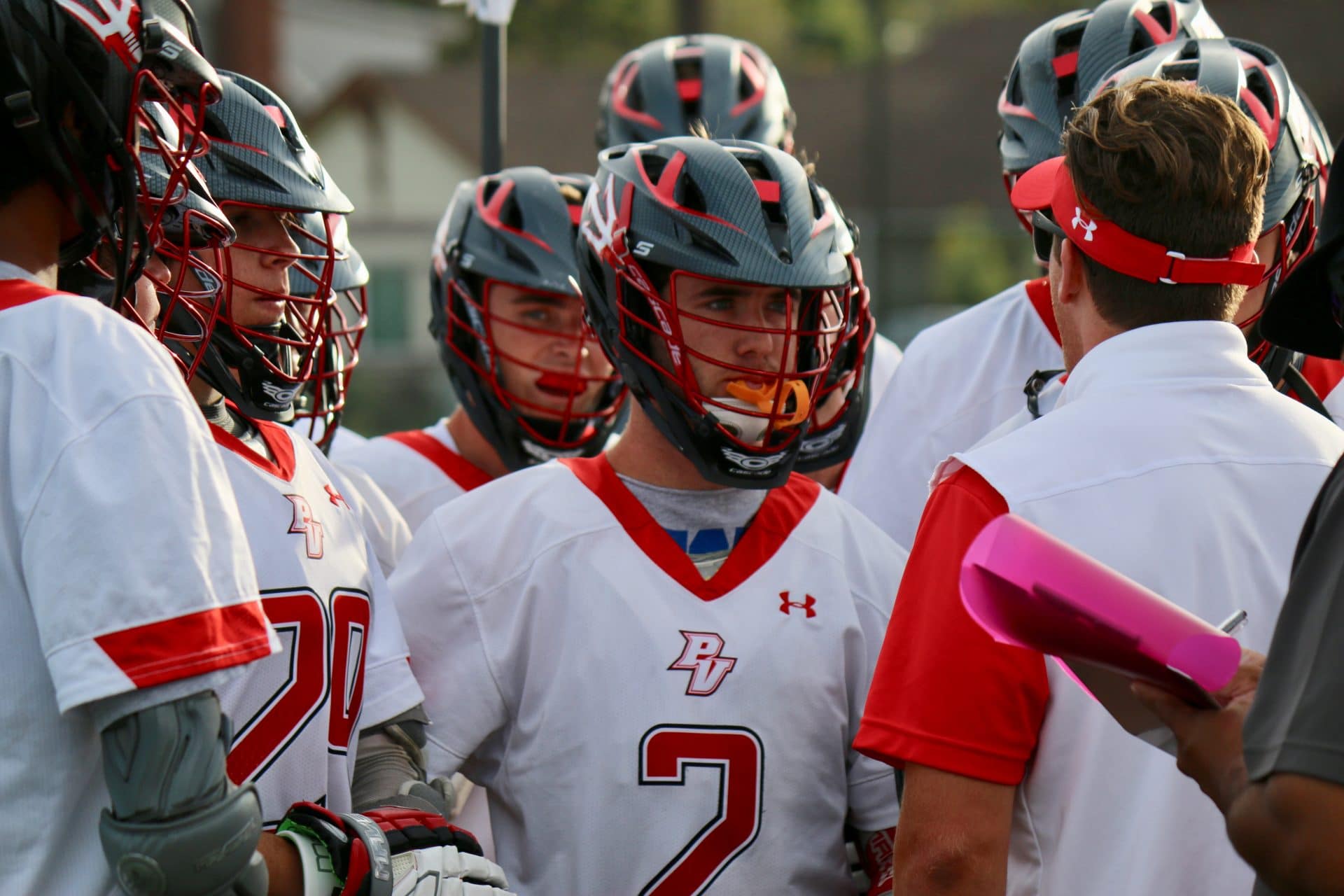 All signs indicated Palos Verdes had this game well in hand, but after the Sea Kings extended their lead to 8-1 three minutes into the third quarter, the team seemed to lose focus and give Harvard Westlake an opening. Daniels shook his defensive middie and scored his second with 3:26 left in the third, and Paul Rodriguez found a cutting Reid Hudgins a minute later to make it 8-3 heading to the fourth quarter.

The Wolverines managed to put one more in the net on an extra-man situation with seven minutes to play when Tommy Park scooped up a ground ball in the crease and flipped it in to make it 8-4. But the Sea Kings’ lead proved to much to overcome.