Palos Verdes Takes Over No. 1 in Final Coaches Poll 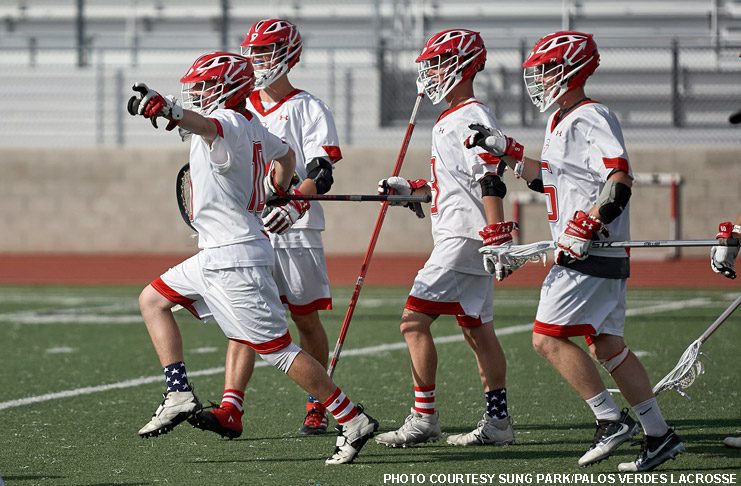 The Palos Verdes Sea Kings received 15 of 27 first-place votes in the final regular-season US Lacrosse/MaxLaxLA coaches poll, moving into the No. 1 spot for the first time all season.

The Sea Kings (14-4) had been No. 2 the last two weeks, ever since their 6-2 win over Loyola on April 11, but Harvard Westlake (15-1) held onto the top spot by narrow margins. Then the Wolverines lost for the first time all season, falling to Loyola 13-6 last Tuesday. That dropped Harvard Westlake to No. 3 and pushed the Cubs (16-4) to No. 2.

The coaches poll rankings are only one factor that will be used today when the US Lacrosse boys coaches committee meets to vote on format, berths and seeds for the US Lacrosse Southern Section North playoff tournament. Other factors include LaxPower.com power rankings, strength of schedule (SOS) and ratings percentage index (RPI), all of which are calculated and published by LaxPower.com.

Of course, head-to-head results and league championships also are among the considerations.

Given the head-to-head results during the regular season, it’s likely Palos Verdes will earn the No. 1 seed, with Loyola No. 2 and Harvard Westlake No. 3. If that happens, the Cubs and Wolverines would be in line for a third meeting this season in the tournament semifinals. They split their Mission League games this season, with Harvard Westlake winning the first matchup in overtime.

Also up for discussion at the coaches meeting is whether to conduct a second, invitational tournament alongside the championship tournament. If coaches opt for the second bracket, they also will need to determine format and number of teams, but it’s possible there could be as many as 24 teams invited to participate in a postseason tournament.