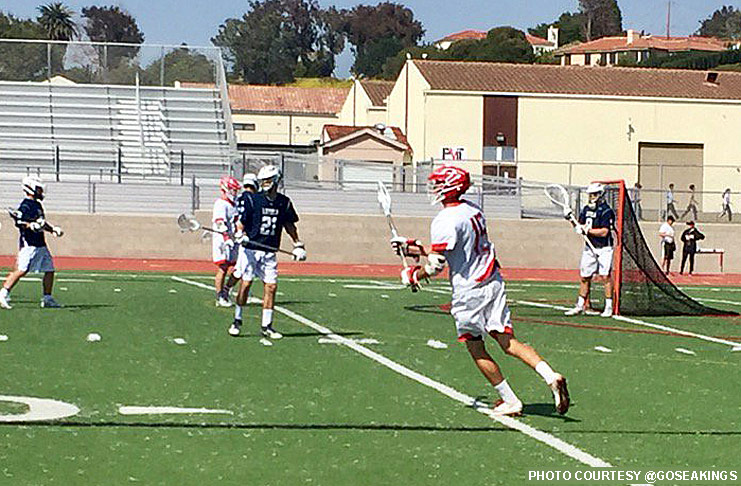 The Sea Kings (8-3), who are allowing only 6.5 goals per game this season, led 2-1 at halftime and were ahead 4-1 late in the third period before the Cubs found the net a second time.

Loyola (12-4) allows only 5.3 goals per game and essentially matched that Tuesday but couldn’t produce enough scoring to pull off the road win. It was the fourth time this season the Cubs have been held to single-digit scoring. They are 1-3 in those games.

Borell said his defensive unit actually is playing better this year, its second season under defensive coordinator Brett Hughes, despite the graduation of Jarrett Jones (Georgetown) and Shayne Sharpe (Lafayette).

“We’re actually sliding and playing team D this year,” Borell said, “where last year we never slid to Jarrett or Shayne and rarely slid at all.”

It's a wrap! PV 6, Loyola 2. pic.twitter.com/pGsFwhvLcz

Tuesday marked the third season in a row Palos Verdes has beaten Loyola in the regular season. Last season, the Cubs got revenge in the postseason tournament with an overtime victory in the US Lacrosse LA championship game.

Both teams were coming off big weekend losses to highly regarded programs. Palos Verdes lost 14-4 at home to two-time defending San Diego CIF champion Poway on Saturday, while Loyola lost 15-7 at St. Ignatius (San Francisco), ranked No. 1 in the West last week by Inside Lacrosse.

Loyola has a tough, two-week stretch to close out the regular season, traveling to Poway and Cathedral Catholic next week, the playing host to OC No. 2 San Clemente and LA No. 1 Harvard Westlake the following week.

Palos Verdes is at San Clemente on Saturday and home to La Costa Canyon next week. The Mavericks moved into the No. 1 spot in the US Lacrosse West rankings this week after wins over San Ramon Valley (Danville) and Corona del Mar.