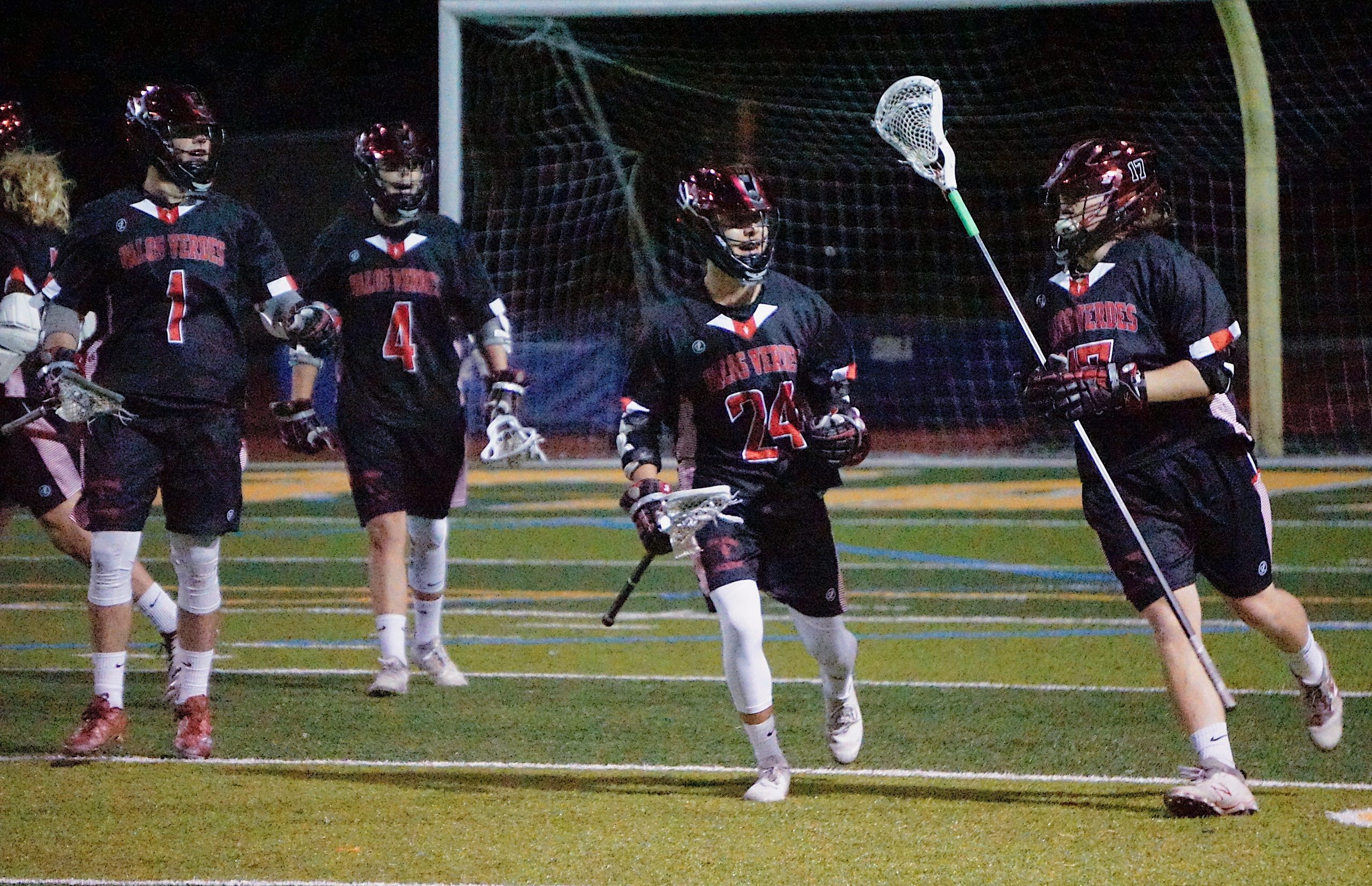 When the Palos Verdes Sea Kings get rolling, there is no shortage of offense. In Wednesday’s season-opening Bay League contest at Mira Costa, Brad Sharp, Birk Swan and Luc Charbonnier led No. 2 Palos Verdes and its high-powered offense to an 18-5 win.

As with any inaugural game of the season, it was evident both teams were working to shake off some offseason rust. But barring the atypical early-season error here and there, last year’s LA section runners-up didn’t seem to skip a beat as the Sea Kings packed an early punch and jumped on the 11th-ranked Mustangs right off the bat.

“(This game) was just about getting our group together and meshing,” PV coach Jimmy Borell said. “Obviously, getting the first-game jitters out was huge, and I think we looked pretty sharp at times, but not other times, so we have to keep working and getting on our consistency and get back to work and learn from this one.”

While the pace of the first quarter was on the slower side, Ryan Wilson, Jake Jellison and Landon Smith each scored goals to help get PV’s take a 3-1 lead heading to the second. Not only did this give the Sea Kings a lead they would never relinquish, but it allowed them to settle in and play at a much steadier place.

Mira Costa scored to make it 4-2 early in the second, but PV rattled off eight unanswered goals to blow the game open. During that stretch, the trio of Sharp (4g,3a), Swan (3g,3a) and Charbonnier (3g,1a) greatly resembled Poseidon’s three-pronged weapon of choice as their speed and dynamic ball movement wreaked havoc on the Mustangs’ defense.

Palos Verdes’ dominance on all fronts gave the Sea Kings a 12-5 lead and put the game well out of Mira Costa’s reach by halftime. Much of the Sea Kings’ success up top was fueled by a big effort from senior defender Neil Randall, who filled in for regular face-off man Cole Clinton and won 8 of 9 face-offs to go along with seven ground balls, one caused turnover and one goal.

“I was nervous at the beginning of the game, but after that first whistle blew, I was back to normal from last year,” Randall said. “I was moving pretty good, made a couple mistakes in the second half, but I picked it back up.”

Palos Verdes opened the second half with four consecutive goals to build a 16-5 lead and cruised from there. As good as the offense was, PV’s cage work cannot be overlooked, as goalies Kyle McCann and Joey Quinn combined for 16 saves.

Despite struggling against one of LA’s finest squads, the Mustangs played tough and received a solid contribution from Lucas Menendez, who led his team with two goals and one assist.

“It’s a good team on the other side of the field,” said Mira Costa coach Aaron Karsh. “We’ve got talented players; we’ve just got to believe in our ability, but those guys did a really good job of just capitalizing on their opportunities.”

Palos Verdes will play host to No. 3 Harvard Westlake next Tuesday in rematch of last year’s LA semifinal won by the Sea Kings. Wednesday, the Wolverines won their season opener at No. 15 Thousand Oaks, 8-2.