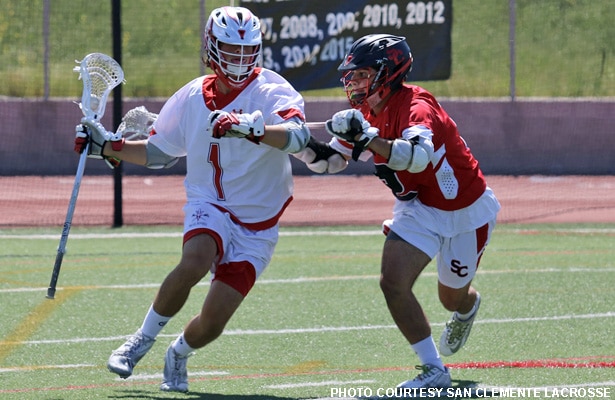 Visiting San Clemente took a 4-1 lead after one quarter at Palos Verdes on Saturday, but the Sea Kings came roaring back with a six-goal outburst in the second quarter to lead 7-4 at halftime and went on to win 11-6.

Palos Verdes (5-2), ranked No. 4 in last week’s the MaxLaxLA/US Lacrosse coaches poll, won it’s fifth in a row, all at home, after an 0-2 start with losses at No. 3 Westlake and at St. Margaret’s.

After jumping in front early, San Clemente (4-4) didn’t crack the PV defense again until the fourth quarter, by which time the Sea Kings had extended their lead to 9-4.