Palos Verdes is New No. 1 in Girls Coaches Poll 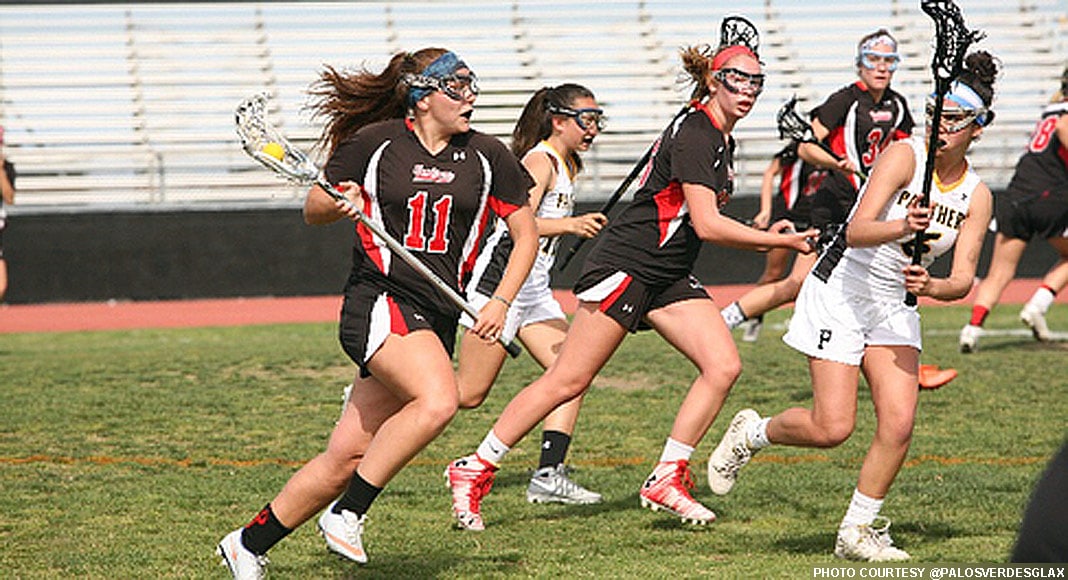 By virtue of its 11-9 victory over previous No. 1 Redondo Union last week, the Palos Verdes girls have moved up one and taken over the top spot in the US Lacrosse/MaxLaxLA coaches poll after Week 5 of the season.

The other big mover in the rankings this week is Agoura (5-4), which has won four of its last five after an 0-3 start. Last week, the Chargers beat Both Oak Park and Chaminade, which are currently ranked Nos. 4 and 5. They were rewarded with a boost from No. 13 all the way to No. 6.

Chaminade lost this week to both Oak Park and Agoura but slipped only one spot and still sits ahead of Agoura in the rankings.

Below are the results of the US Lacrosse/MaxLaxLA girls LA coaches poll after Week 5 of the regular season, with 19 ballots submitted.