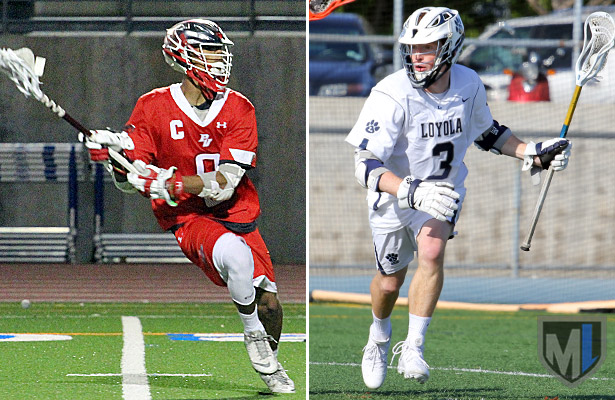 Palos Verdes and Loyola have been on a collision course all season, and now the final leg of that course has been charted. The Sea Kings (16-2) and the Cubs (15-4) are the top two seeds in the US Lacrosse LA playoffs and, barring upsets, will meet for the title May 11 at Mira Costa.

The teams met already in the regular season, with Palos Verdes rallying late for a 6-5, overtime victory March 29. But that didn’t necessarily settle the question of which is the best team in LA. The Cubs led throughout that game before the Sea Kings scored three times in the latter part of the fourth quarter, then won it in overtime.

But when the first round gets under way Tuesday, teams such as No. 3 Harvard Westlake, No. 4 Westlake, No. 5 Agoura and No. 6 Newbury Park will have their say in the tournament’s outcome, as well.

Playoff games actually begin Monday at 5:30 p.m., with Ocean League champion El Segundo (11-4) visiting City League champion Palisades (13-2) for what amounts to a “play-in game.” The winner becomes the No. 16 seed in the tournament and plays at Palos Verdes on Tuesday.

Though seeded higher, No. 8 Thousand Oaks will play at No. 9 Sierra Canyon due to a scheduling conflict with the T.O. stadium.

St. Francis, making the first playoff appearance in the program’s history, drew the shortest straw, though, and must travel to face fellow Mission League team Loyola, which has beaten the Knights 20-3 and 16-4 this season.

The coaches committee elected not to schedule more than the one play-in game this season (last year there were three). That means Ocean League runner-up Culver City, Gold Coast League runner-up Brentwood and independent Oak Park did not receive playoff berths despite spending time in the coaches poll Top 20 this season.

Barring upsets — and there was at least one in the second round last year — those games will feature Palos Verdes and Loyola, each one step from a second meeting of the season.

Since the first meeting, the Sea Kings have won 10 consecutive games, finishing the season on a 16-game winning streak after opening with losses at Westlake and at Orange County’s St. Margaret’s.

Loyola, meanwhile, has gone 8-2 with the losses coming against Monte Vista (Danville) and Torrey Pines (San Diego), the Nos. 1 and 4 teams in the West in the Week 8 Under Armour/Inside Lacrosse West Region poll.