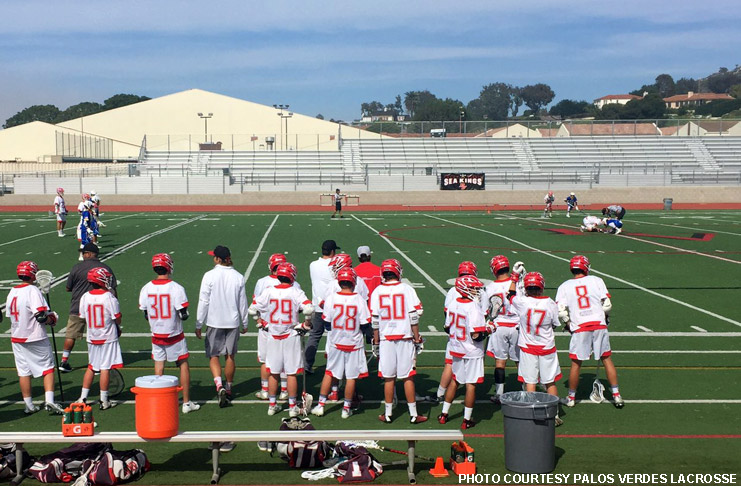 Junior middie Jake Nolls scored three of his five goals in the first period Tuesday, helping No. 3 Palos Verdes run out to a 6-0 lead in what turned into a 15-5 rout of visiting No. 4 Agoura.

The Sea Kings had little trouble penetrating the Chargers’ defense.

“Our first seven shots were inside of 12 yards and from in between the edges of the crease,” PV coach Jimmy Borell said via text. “I’ll take those odds all day.”

The win evens the Sea Kings’ record at 2-2 after they split games against out-of-state opponents Brighton (Utah), an 18-9 win, and The Woodlands (Texas), a 14-6 loss. Borell said his team is going through major growing pains after graduating a dozen seniors last spring, seven of whom are playing NCAA D-I or D-III lacrosse this year.

“It’s definitely a different look on the defense for the first time in three years,” he said. “We’ll be a lot better once April comes around and we get the Fry boys back [sophomores Speed Fry and Kaiser Fry], who had to sit out with the transfer rule. We’ll finally have some depth.” The Frys played at Loyola last year.

Palos Verdes travels to Orange County to take on Santa Margarita Catholic (3-0) on Thursday. Agoura (5-1), which suffered its first loss Tuesday, is home against Peninsula on Friday.